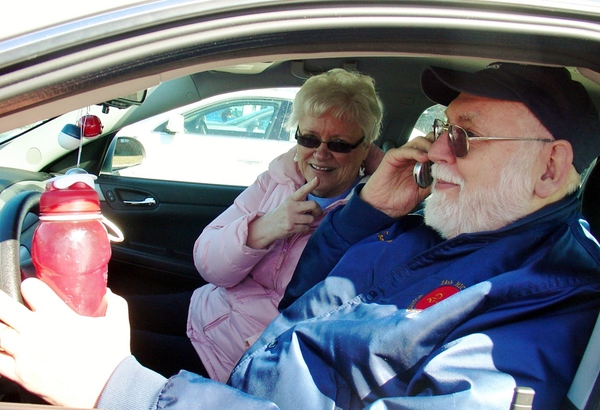 Officials say it’s a time to reflect on a sometimes difficult topic as families and friends want their aging family members to stay safely mobile - whether they are driving, thinking about stopping driving, or have given up the keys. Drivers age 65 and older represent the fastest growing segment of the state’s population. Michigan Secretary of State Ruth Johnson has been working to get the word out more to senior drivers, their families and professionals who work with aging drivers to let them know what resources are out there. During the awareness week, different topics can be explored related to aging and driving such as identifying changes that can affect driving, family conversations, screenings and evaluations, equipment that can empower drivers and taking changes in stride.

Michigan’s population is aging so there are more older drivers on the road. SOS spokesman Fred Woodhams says for the most part, older drivers are very safe and have less incidents of problem driving such as drunk driving or aggressive driving but things change as people age. He says it’s a very difficult subject for families and everyone dreads having the conversation with mom or dad but sometimes it just needs to happen because they aren’t willing to give up the keys when they really should. Woodhams tells WHMI for the most part older drivers self-regulate and limit their driving but sometimes there are instances where a person is in denial or they might not be fully aware because of medical issues. He notes resources are also there if they need to report a driver to the SOS and look into whether they should be driving or not.

Woodhams says older drivers, families and friends are encouraged to begin discussions by visiting the state’s Safe Drivers Smart Options: Keys to Lifelong Mobility website. The link is provided, along with a press release. Woodhams says the website features steps aging drivers can take to avoid problems, along with self-assessment tests to evaluate where they’re at as a driver and how safely they’re able drive by themselves. There are also resources for families who might have an aging driver on the cusp of needing to give up their license, and advice on how to broach the subject with a loved one. The website further features resources for law enforcement officers and medical professionals about how to evaluate a person’s driving, along with things to keep in mind when they encounter an aging driver who might be ready to give up the keys or should be giving up their license. Finally, there is information on alternative methods of transportation as it might be cheaper than owing a vehicle to avoid repair costs, insurance and vehicle registration fees. (JM)