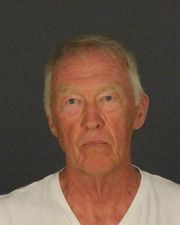 An Okemos man is accused of embezzling more than $1 (m) million from a non-profit while working as its accountant.

71-year-old Richard Laurence Hartwick is facing six felony charges that include racketeering, conducting a criminal enterprise, embezzlement over $100,000, fraudulent access to a computer, using a computer to commit a crime and credit card fraud. The former accountant worked for the non-profit Blue Water Center for Independent Living and allegedly embezzled more than $1 million during his employment. Issues came to light after the executive director noticed some financial discrepancies and turned over information to police. Hartwick was employed by the non-profit for a number of years but was said to have recently separated. The Port Huron Police Department’s Major Crimes Unit handled the investigation in conjunction with Michigan State Police. A search warrant was executed at Hartwick’s Okemos home on March 29th. Police say Hartwick admitted his involvement during the search. He was arraigned on the charges this past Sunday and a $1 (m) million cash/surety bond was set. A press release states that Hartwick was also convicted of embezzlement in 2000 and served prison time. He was suspected of embezzling more than $3 million from a Detroit-area auto supplier over the course of six years. A probable cause conference is scheduled April 9th in St. Clair County District Court.