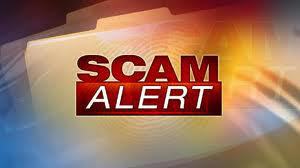 The Livingston County Sheriff’s Office is warning residents of a scam going around in which the scammers ask for money because the victim supposedly missed jury duty.

The Sheriff’s Office says community members should be on the lookout for fraudulent phone calls or emails regarding jury service. Scammers are pressuring citizens to provide confidential data, threatening prosecution for failing to comply with jury service and claiming fines are owed for missing jury duty.

Detective Sergeant Gary Childers says in this particular scam, the perpetrators sometimes claim they’re with the Sheriff’s Office and will create an urgent situation, telling the victim they must make a bond payment or they’ll issue a warrant for the person’s arrest. Childers says the court system and Sheriff’s Office never operate that way.

He says anytime the caller sounds official, residents should use a published number for the supposed agency and then ask for the caller by name to see if they really are who they claim to be. Childers notes fraud is one of the most prevalent crimes in Livingston County and scammers depend on the victim to provide personal information or send money to them. He reminds no legitimate institution would want someone to pay in that unsecured fashion.

His best piece of advice is to never wire money to anyone you don’t know, because once that money is sent, it and the scammer are likely long gone. Anyone who receives a call or email of this nature is asked to contact Detective Matt Young at the Livingston County Sheriff’s Office at (517) 546-2440. (DK)