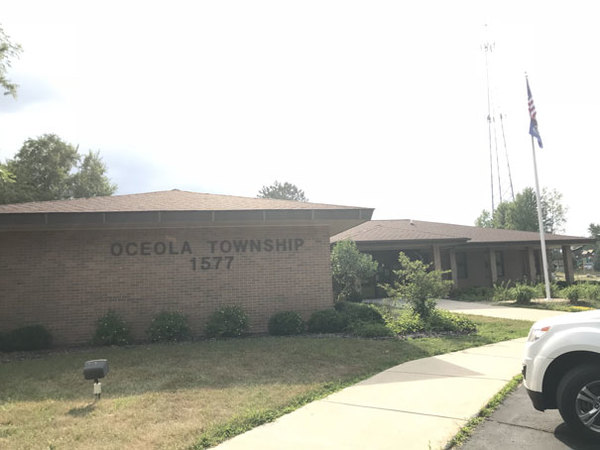 Oceola Township officials are continuing to explore the possibilities of a new community center.

Trustee Sean Dunleavy led the discussion, updating the Board of Trustees at Thursday night’s meeting. He shares the need for a new community center, as the current one is only usable for meeting space. Dunleavy also chairs the Howell Area Parks and Recreation Authority, and said that they are having a difficult time with the local schools reserving gym space, and that they are being blocked out. This has led to dramatic cutbacks in men’s basketball and women’s volleyball.

The two proposals received each came in to costing around $4.5 to 5-million dollars. That money, Duleavy says, would get them 3 full size gymnasiums for basketball courts, meeting space, a workout facility, and a walking track. His plan now is to approach his own HAPRA Board, along with other neighboring townships and entities that might benefit from a new center, and ask if they might be interested in helping with operational costs.

Trustee Lance Schumacher agreed that it would be a good idea to ask the HAPRA Board, and added that he would still like to see a traffic study done for the area that would be impacted. Between the building fund and the general fund, the township has the money available to go through with the project should they decide to in the future. (MK)