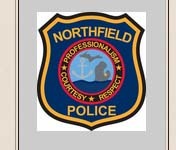 
The Northfield Township Police Department says social media incidents are on the rise and is encouraging parents to have a chat with their teens and children about inappropriate behavior.

In the latest community crime report issued, the department says TikTok and Instagram incidents are on the rise and encourages parents to remind their children that they should not accept people they do not know into their circle of social media. Also, the department stresses they should never send compromising photos of themselves to anyone. If the photo displays nudity, police remind that the minor/sender is committing a crime. Teens should also not send any photos to people they do not know outside of the social media site.

The report lists an extortion incident that was documented in early March in which a suspect used Instagram to lure a 15-year-old male into believing he was communicating with an 18-year-old female. The suspect was able to convince the victim to send a compromising photo of himself. Once the suspect received the photo, the suspect threatened the victim that the photo would be shared if he did not send money through a cash app. The report says when the suspect did not receive the money, the suspect forwarded a photo to a few Instagram friends - threatening that more would be sent if they did not get the money requested. The young victim shared the threats with his family, who then reported them to the police.

A link to the full crime report is provided.