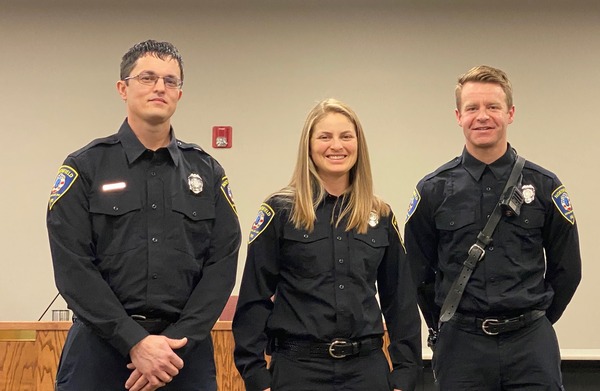 A local fire department is celebrating new hires and honoring those that led it through history.

The Northfield Township Fire Department has hired its first three full-time fire fighters. The Board of Trustees swore in John Baier, Danielle Roskens, and Johnathon Heslop as part of their regular meeting, held earlier this month. All three are currently paid, on-call fire fighters for the department, with their first full-time shifts anticipated to begin in early January. These landmark hirings came as a recommendation from Chief William Wagner to hire/promote 3 personnel to full time status, according to a post on Facebook.

The township DPS wishes to thank the community for its continued support and hopes residents will take a moment to welcome the fire fighters to their new positions.