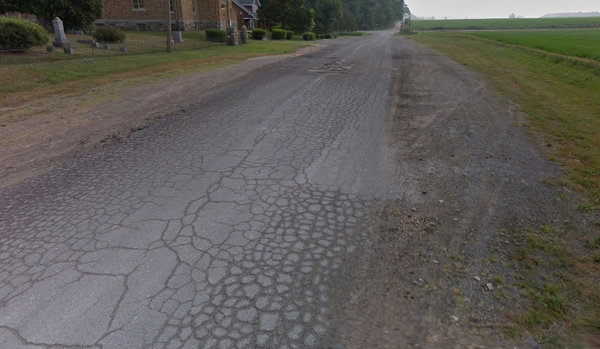 Residents on a flood-prone street in Northfield Township visited the Board of Trustees to ask for help and/or direction.

Four residents and homeowners of houses on Northfield Church Road stood before the Board frustrated at conditions of the road, Tuesday night. Marybeth Carlson said during the public comment period of the special meeting that a failing culvert has the road in such bad condition that residents on the street can become easily landlocked between a flooded road and barricades blocking the other exit point. She reported snow plows turning around before attempting to plow the street, which caused a chain effect of trash pickup and mail delivery to be missed. Resident Casey Viegelahn said they are willing to help however they can in contacting the necessary parties to get the road and culvert repaired.

Keith Kirchoff owns two homes on the street, with his 85-year old mother living in one. Northfield Township Director of Public Safety and Fire Chief William Wagner met with the group who was worried about the ability for emergency vehicles to make it to residences on the street if it flooded again in heavy rainfall. Wagner said he was aware of the poor conditions on the street and was confident that emergency vehicles could get back there by removing the barricades if necessary.

Board members were mostly empathetic, wishing to help as quickly as time and working with the Washtenaw County Road Commission and Drain Commission would allow. Trustee Wayne Dockett told the group it’s not the township’s fault and that they have no control over the roads. Supervisor Marlene Chockley said she is going to go look at the road herself. She said that the township may have to provide some funding to get the job done, but that this is one that needs to get done. Picture - Google Street View (MK)