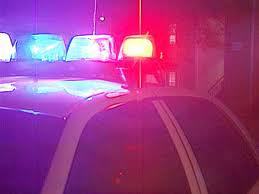 As they do during every New Year’s Eve holiday period, local law enforcement agencies will be out on area roads conducting stepped up patrols targeting both drunk and drugged drivers.

The Livingston County Sheriff’s Office is among those participating. Sheriff Mike Murphy says the public has no idea how happy they would be if they didn’t have to arrest anyone for OWI or Operating While Intoxicated. However, Murphy told WHMI he would be willing to bet one month’s salary that it will happen over the holiday weekend, and he doesn’t know what else they can do to get the message out. He says they want people to have a good time, but they need to avoid not only drinking and driving but also drugged driving since now recreational marijuana is legal.

Murphy noted there is a misnomer out there that there is no test for marijuana so therefore, you can’t get arrested for driving stoned. Murphy says that’s just not true because they arrest people today for driving while impaired who have taken too may prescription pills, when it’s their own medication legally prescribed to them. He says the law simply states they just have to show that the person’s ability to operate a motor vehicle was visibly and substantially impaired - regardless of what the drug is - so yes people can still be arrested for driving under the influence of marijuana. Murphy says if you are going out, line up a ride. He says in the absence of Uber, Lyft, a friend or family member, you can always call a wrecker to tow your vehicle and make sure you get home safely. (JM)