Lawsuit By Former Hartland Schools Administrator Will Be Heard In 2019 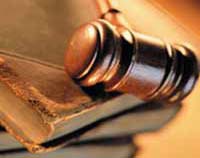 It will be next year before a lawsuit against Hartland Consolidated Schools filed by a former administrator will finally get in front of a jury.

Tracey Sahouri sued the district in 2012, alleging it violated the Whistleblower Protection Act when it removed her as principal from Creekside Elementary School. Sahouri claims her removal as principal and re-assignment to a teaching position was in retaliation for reporting “irregularities” in how the district administered state-mandated student achievement tests. The district contends Sahouri’s re-assignment was based on the conclusions of a state report that determined teachers at Creekside improperly gained access to material from the tests.

Discussions over a possible settlement in the case have failed and a trial that had been scheduled in Genesee County Circuit Court for this past Tuesday was adjourned because the date coincided with the beginning of a new school year and officials felt it could be disruptive since the suit involves teachers and administrators. It has now been rescheduled for March 5th of 2019. (JK)