New Translation of "The Odyssey" Set For World Premiere In Brighton 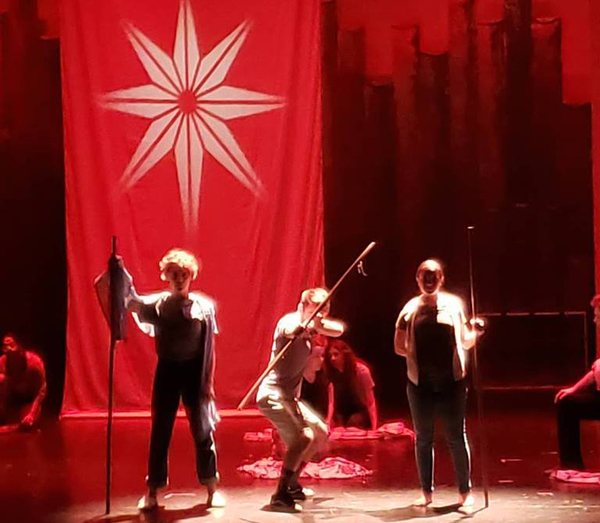 An epic tale is being re-imagined and will make its world debut this weekend in Brighton.

The Odyssey by the Greek poet Homer is one of the oldest works of Western literature, having been composed near the end of the 8th century BC. Telling the story of the adventurer Odysseus as he tries to make his way home at the end of the Trojan War, it will be staged this weekend at the Brighton Center for the Performing Arts.

The work has seen many adaptations through the centuries, but a recent translation by Emily Wilson is the first English rendering of the poem by a woman, and Director Gregory Keng Strasser tells WHMI that it was immediately clear to him it was far superior for a staging. "Her text is lean...it's light-footed. And also, she wrote it speaking out loud every text, and so I was like 'she understands that this is oral tradition and that it's meant to actually be heard and not read' and so I figured we have to do this. It's the smartest way and it just slid onto the stage."

Based in Washington D.C., Strasser is an alumnus of the University of Michigan’s School of Music, Theatre, & Dance. He is the artistic apprentice at the Laboratory for Global Performance and Politics at Georgetown University. This weekend’s shows will be the world premiere of Wilson’s translation which Strasser says will feature spectacular shadow puppets, epic movement sequences, as well as dynamic and engaging original music.

The show actually opens tonight at 7:30pm with performances on Friday and Saturday, also at 7:30pm, and then a Sunday matiness at 2pm. You’ll find ticket information and additional details through the link below. (JK)