New Ordinance Would Regulate Donation Bins In City Of Howell 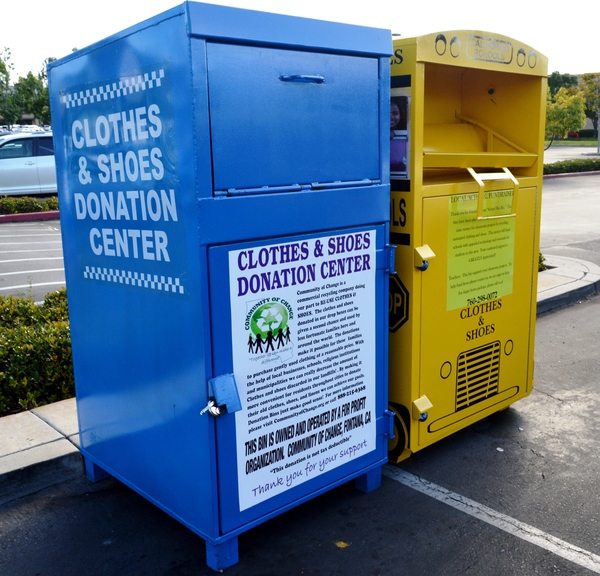 An ordinance is being proposed to regulate donation bins throughout the City of Howell.

The ordinance was officially introduced at a recent City Council meeting and would establish various standards. The ordinance is aimed at controlling the spread of different donation bins, which officials say often multiply on vacant properties and bring trash issues. City Manager Shea Charles tells WHMI the issue came up a few months ago and both the Planning Commission and City Council both have expressed concerns about the promulgation of donations bins in the community. He says the proposed ordinance sets up a regulatory structure in regard to making sure the bins are registered, that there is a fee to place them and then contact information so they know where the bins are and who is responsible for them in case any issues arise. The ordinance itself is modeled after those in a couple of other communities that have gone through the process and some legal challenges so Charles says they’re comfortable that what they are considering will meet current case law on a go-forward basis.


Charles tells WHMI these are typically found in various parking lots. He says some in the opinion of council, the commission and the community is that it’s become a little bit over the top with the number of bins and locations. Charles says the City had nothing on the books to regulate these and its kind-of a loophole out there – noting most communities are facing this challenge. He says staff was able to identify a couple of ordinances that have been approved in other communities that have already been through the litigation process and are good models to follow.

A public hearing was held at the April Planning Commission meeting, and a favorable recommendation was put forth to Council. The ordinance will be up for final adoption at Monday night’s City Council meeting. It would apply to all bins within 90 days of adoption. (JM)