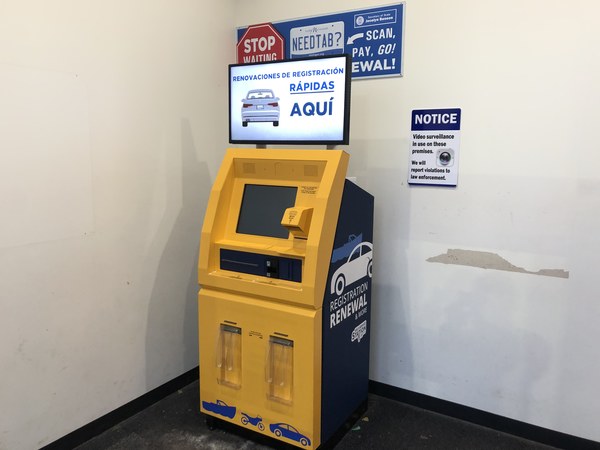 New and improved self-service stations are being installed at Secretary of State and other new locations across Michigan.

Finding roughly one-third of the old self-service kiosks broken and difficult to use, Secretary of State Jocelyn Benson and her Department are replacing all 93 with new, more modernized ones. The branch office is Genoa Township has the new one up and running. The old kiosks came from different manufacturers and were made with about 10 different sets of parts making them complicated to get repaired, according to Department of State Director of Communications Jake Rollow. He said the new stations are made by a single manufacturer and ran almost flawlessly through a trial run that was recently completed at 10 branch offices. Like the old kiosks, currently residents can renew vehicle tabs at the new station. Rollow says by March 2021 customers will be able to additionally process driver’s license and state ID cards.

In addition to the 93 branch office replacements, an additional 57 self-service stations will be installed at certain Kroger and Meijer locations around the state, for better convenience. Transactions can be made in English and Spanish, with Arabic being added in the near future. Those paying with credit can add American Express to their options alongside the current Visa, MasterCard, and Discover cards. At some stations, cash will be accepted, though that is not an option at the Livingston County branch.

The rollout of these 150 new stations is expected to be complete by this coming April. (MK)