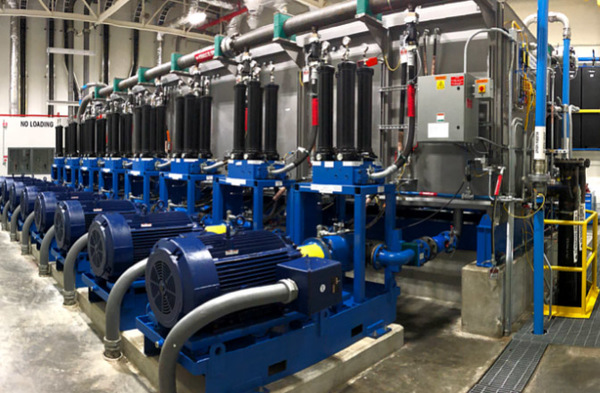 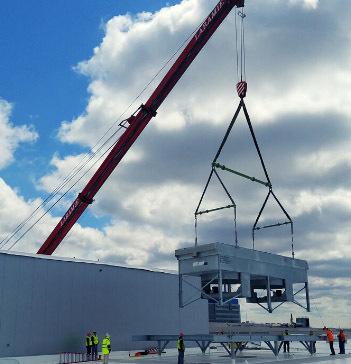 
A local manufacturer has been recognized for one of its innovative products, which is the only one of its kind in the world.

Exotic Automation & Supply, a Premier Parker Hannifin Distributor based in New Hudson, announced on Monday that their World’s Largest Hydraulic Power Unit has advanced to the Top 10 finalist in the Coolest Things Made in Michigan contest. Hosted by the Michigan Manufacturer’s Association (MMA), the award recognizes exceptional products made in Michigan and celebrates the contributions manufacturers make to the state’s economy.

Capable of 4,800 horsepower, the World’s Largest Power Unit has a maximum flow of 2,700 gallons per minute and a capacity of 11,000 gallons of hydraulic oil, which the company says makes the system the only one in the world of its size.

Steve Orlando, Vice President of Sales & Marketing said that the power unit was built for an Automotive OEM in Southeast Michigan, and “is truly one-of-a-kind. To put it into perspective, the unit required a 6.6M BTU roof-mounted heat exchanger to cool the oil. The crane to install it was so big we needed a smaller crane to assemble the big crane to reach the roof.”

The system took Exotic about 42 months from start to completion and consisted of over 1.9 miles of hydraulic tubing. The public can vote for the Coolest Things Made in Michigan through this Friday. The winner will be announced live during the 2021 MFG Excellence Awards on November 4 in Lansing.