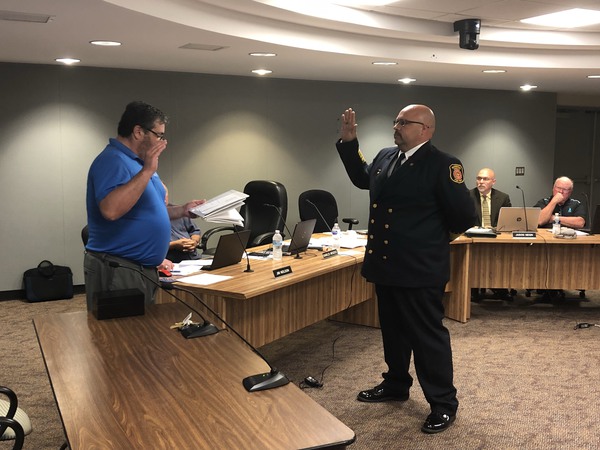 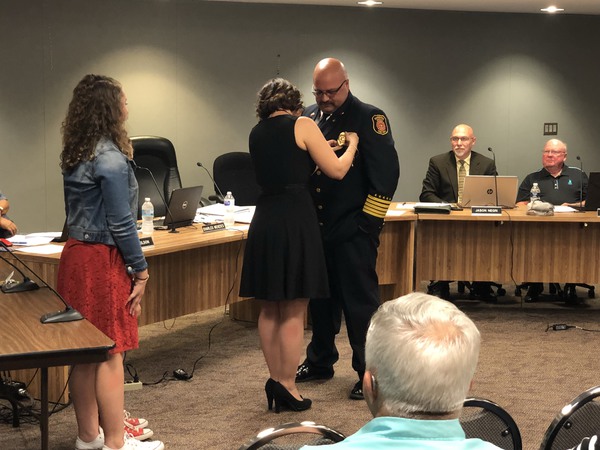 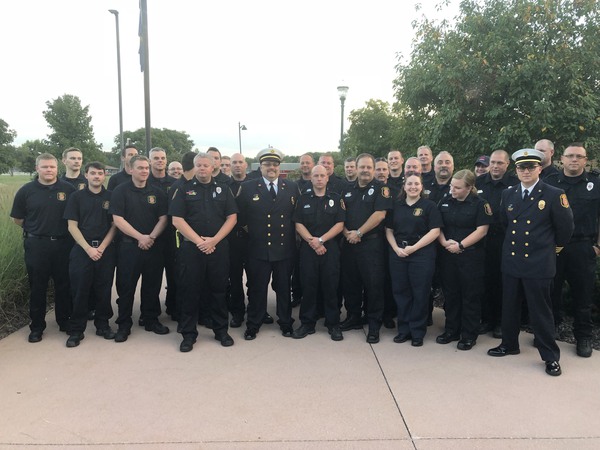 One of Hamburg Township’s own has risen through the ranks and been promoted to Fire Chief.

Born and raised in Hamburg Township by a fire fighting family, it almost felt like destiny Tuesday night when the Board of Trustees appointed Nick Miller as the township’s next Fire Chief. Miller began his career when he was 14 years old as a junior firefighter with the local department. Progressing through the ranks, he was named Deputy Fire Chief in 2011, and took over as interim Fire Chief when when his former boss, Mark Hogrebe retired on July 1st. Miller, along with Hamburg Police Chief Rick Duffany, was instrumental in the establishment of the Hamburg Township Public Service Administration that was also formed Tuesday night.

Miller’s swearing-in ceremony took place in front of a standing-room only crowd full of family, friends, and around 3 dozen firefighters from Hamburg and surrounding departments. Miller said he is very proud of all the firefighters locally, and that he looks forward to “continuing the tradition of taking care of the great residents of Hamburg Township.” He said some of his earliest photos are of him as an infant wearing his dad’s Hamburg Township firefighter hat.

Supervisor Pat Hohl said he sees a passion for firefighting in Miller, and that they are all pleased that his dream of becoming Fire Chief has come to fruition.(MK)