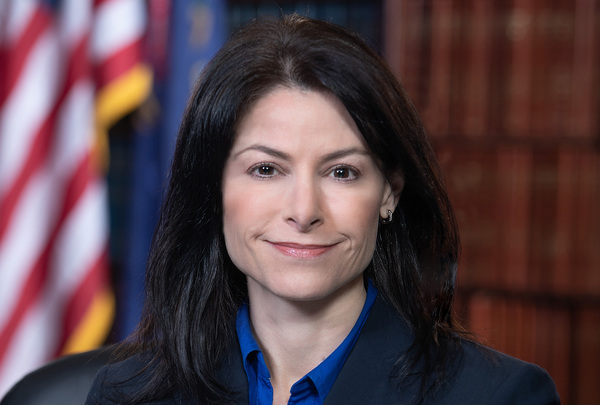 
Michigan Attorney General Dana Nessel said Thursday her office will investigate how the state awarded a since-canceled contract to a Democratic political firm to help contact and warn people who were potentially exposed to the coronavirus, after questions were originally raised by a Livingston County official.

Nessel, a Democrat, agreed to probe the procurement process at the request of Republican State Sen. Jim Runestad. Democratic Gov. Gretchen Whitmer last week ordered the cancellation of her administration’s no-bid contact-tracing contract to Great Lakes Community Engagement, calling it an “unnecessary distraction.” The issue had originally been brought to light by Republican Livingston County Commissioner Wes Nakagiri after he had volunteered to help with contact tracing, but noticed that the software company EveryAction VAN, which was chosen to manage the data, has connections to dozens of Democratic candidates, including Governor Gretchen Whitmer.

EveryAction was contracted through Great Lakes Community Engagement, a Grand Rapids company owned by a Democratic consultant who planned to use software developed by a firm with ties to Democratic campaigns. Whitmer has said the contract — which would have been worth nearly $200,000 over two months — should have been approved by the State Emergency Operations Center, not the state Department of Health and Human Services. Whitmer said last week the state health department “does not have a political bone in their theoretical body.” Boosting efforts to track down people who came into contact with individuals who have COVID-19 is “incredibly important,” she said.

Republicans have called for Whitmer’s administration to release state emails related to the decision to give the contract to Great Lakes Community Engagement. Nessel, in a letter to Runestad, said “we hold a collective responsibility to ensure accountability and transparency in state government. These obligations are a direct result of our roles as public servants, irrespective of political party.” The state health department has trained more than 2,200 volunteers to help county health departments with contact tracing. It also has shifted more than 130 department employees to assist counties in investigating cases.

The state has said Great Lakes Community Engagement — which specializes in outreach campaigns — and Every Action VAN, a voter/individual contact platform used by nonprofits, were to provide software to help organize remote phone banking and track information and contacts. The state is working to choose a different vendor and software platform.