Neighbors Speak Out Against Proposed Recovery House In Howell 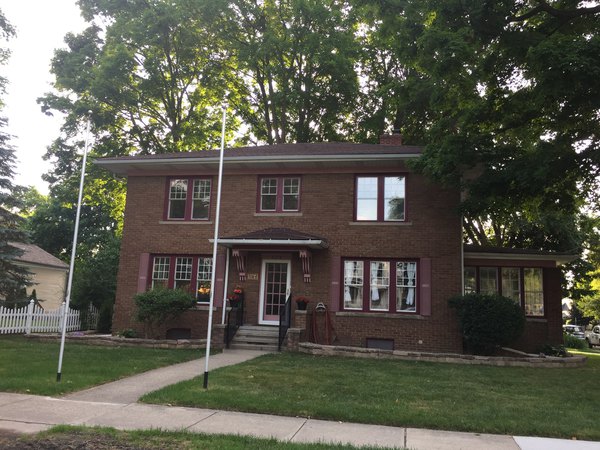 Some residents have voiced concerns over plans for a proposed sober living home in the City of Howell.

Courtney Atsalakis purchased the home on 304 South Walnut Street with plans to convert it into a sober living home. The Amber Reineck House would be named in honor of her sister, who passed away in 2015 after overdosing on heroin. Atsalakis submitted a Special Land Use application, which was needed as she intended to house up to eight residents. But after a June 10th open house at the property, the application was withdrawn, as several neighbors voiced concerns regarding the project. The law firm representing Atsalakis says there have even been social media comments and posts personally attacking her. In an email to the city, the firm says Atsalakis “wants to make all efforts to be a good neighbor and member of the Howell community”. As a result of the backlash, she decided to reduce the number of women that would reside at the home to a limit of six.

A public hearing on the matter was set for the city’s Planning Commission meeting Wednesday, but was cancelled because the application had been withdrawn. However several neighbors opposing the project still attended. Arnie Rubin, who lives on West Washington Street, told commissioners four families within a block of the house have put their home up for sale and three of those homes have sold. Amanda Myers, who lives three doors down from the property, feels a multi-residential area would be better suited for a recovery home. Myers says, "None of our neighbors are against recovery...We know that there's issues and we believe something needs to be done about it, but not in a single-family residential neighborhood" where they've invested so much into their historic homes.

The Amber Reineck House would be operated and administered by the Home of New Vision. John Reiser is one of the organization’s board members, as well as an assistant prosecuting attorney in Washtenaw County, who frequently handles drug-related cases. Reiser supports the Amber Reineck House, having seen firsthand the extensive impact drugs can have.

Atsalakis says there is a stigma attached to those in recovery as many don’t understand addiction is not a choice, but a disease. Speaking to neighbors' concerns, Reiser says, "People don’t go into a sober living house or recovery house until they’ve been through the treatment, until they are appropriate for living in a community with people who are supportive and an experienced person in recovery who can help foster them into that sober living environment."

Under current zoning, the Amber Reineck House would be allowed to operate without a special use permit so long as the home is limited to six residents. The law firm representing Atsalakis has asked to be notified should the city take the position that a permit would still be necessary. City officials have said the issue will likely return for discussion at a later meeting. (DK)