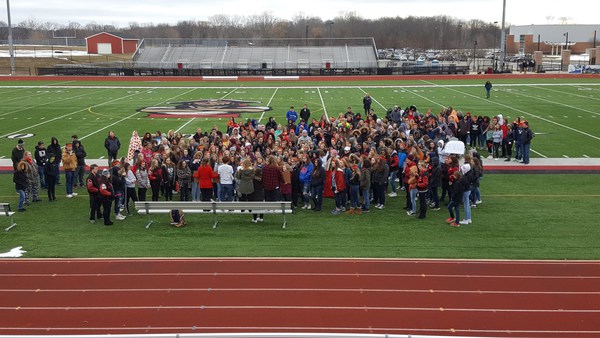 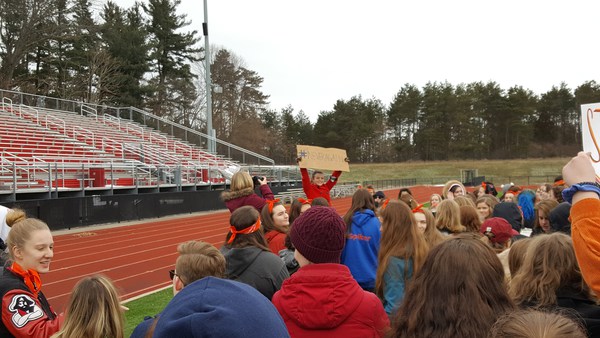 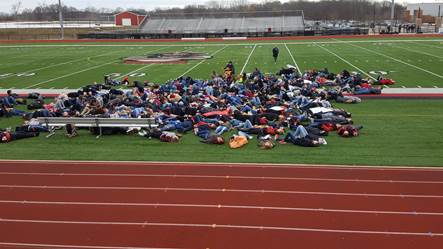 Students in districts across Livingston County took part in yesterday’s national school walk out to mark the one month anniversary since 17 people were killed at a high school in Florida.

About 200 students took part in the walkout at Howell High School, while Brighton Area Schools designated gymnasiums at each building as a safe and secure place for students to gather. Also in Brighton, more than 70 students and parents from the Charyl Stockwell Preparatory Academy gathered to read aloud the names of those killed and then observed 17 minutes of silence in their memory. In Hartland, more than 100 students also participated in 17 minutes of silence while several dozen Fowlerville students held a similar moment in the high school gym.

In Pinckney, approximately 175 high school students and 250 students from the middle school came together for the event that was held at schools across the nation. Participants observed 17 minutes of silence to honor the 17 students and teachers that were killed last month in the Parkland, Florida school shooting. Pinckney students shared 17 belief statements that served as a platform for the event.

The platform carried no political overtone, according to Superintendent Rick Todd who says, “…regardless of our own personal views on this event or on the entire school safety issue, we should all be so proud of the way in which our students expressed their compassion, empathy and support for their school community and more specifically, for those who lost their lives.”

Todd says school officials were comfortable with students participating in the walk-out because they approached administration with a sincere desire to be a part of the conversation and solution. He believes "...their behavior could be used as an example for many adults in this country who struggle to conduct themselves in this type of manner."

Todd says for obvious reasons, some community members were not supportive of schools allowing students to participate in the walk-out. He says he can understand and appreciate that, adding that every measure was taken to ensure student safety.

In talking and working with these students every day, Todd felt it was clear they have concerns regarding school safety and simply wanted to express how they were feeling. He says the students behaved in a way that reflected their mission, which was to convey a message of making schools an accepting and positive environment, with a key understanding that “we’re all in this together”. (DK)