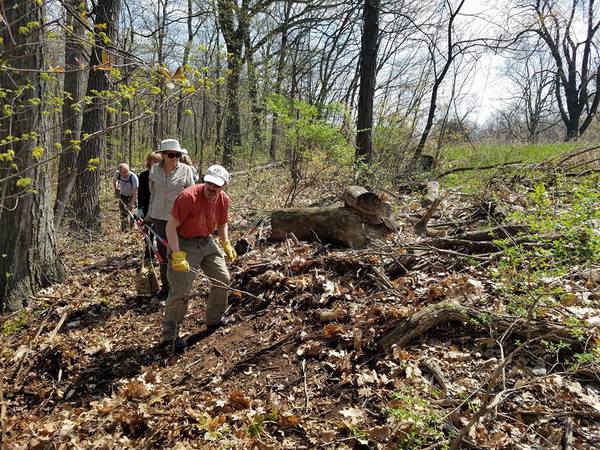 Volunteers are being sought for National Public Lands Day at Kensington Metropark and the Island Lake State Recreation Area this weekend.

Huron Clinton Metroparks Volunteer Services Supervisor Katie Kowalski says the annual event aims to celebrate and encourage volunteers to help steward public land, knowing how sacred they are and how many people enjoy them throughout the nation. She says they’re hoping around 100 volunteers will come out Saturday to help out as a way to give back to the parks and help steward them, so everyone can enjoy them for years to come. Kowalski tells WHMI they’ll be primarily focusing on trail work, which involves cutting back any over growth as well as invasive species. Volunteers will also be working on a footbridge and stair project, and some general maintenance and trimming along mountain biking trails. Kowalski says the National Public Lands Day is celebrated annually but this will be one of their bigger events in partnering with the Island Lake Rec Area state park, the Michigan Department of Natural Resources and the Friends of Island Lake volunteer group to make it a bigger collaborative effort, considering how close the two parks are. She says also involved are the Crossroads Group of the Sierra Club and REI Co-Op, to bring more awareness and engage even more volunteers.

National Public Lands Day is held every year on the last Saturday of September and brings together hundreds of thousands of volunteers to help maintain and restore treasured places across the nation. Kowalski says Kensington Metropark alone has over 1.5 million visitors annually, which is pretty significant, and she believes Island Lake Rec Rea has close to that or even more. She says between the two parks there is over 8,000 acres of public land that people are enjoying and it’s a huge asset for southeast Michigan so the event and conservation effort is a nice way not only highlight the green and public space everyone enjoys.

Kowalski says they’re hoping for at least 100 volunteers from 10am to 1pm. She says everyone will meet at the Kensington Metropark picnic shelter at the east boat launch and they’ll do a kick-off before people divide up into different teams to help out at both parks and along the mountain biking trial. Kowalski says they welcome volunteers of all ages but those under 18 should be accompanied by a parent or guardian. Participants should bring their own work gloves and if possible any hand tools such as pruners or hand saws as there will be limited quantities on site. Pre-registration for National Public Lands Day is required through REI Co-Op, which includes lunch and a free t-shirt. That link is provided. (JM)