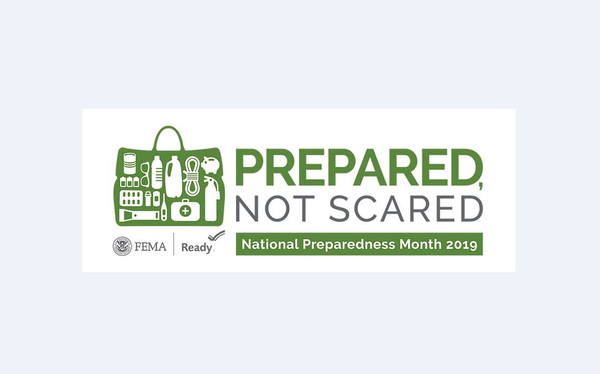 Officials with the Livingston County Health Department are encouraging residents to be “prepared, not scared” in the event of a disaster or emergency.

September is National Preparedness Month and the Livingston County Health Department Emergency Preparedness Program encourages residents to take steps at home, work or school that could be beneficial during emergencies or disasters. Emergency Preparedness Coordinator Lindsay Gestro says the month of awareness is critical as people often times think of disasters as large scale events. She says it’s also important to think of smaller things that can affect day-to-day activities, like a truck crashing and causing a chemical spill, forcing residents to evacuate, or needing to shelter in place to avoid bad air during a fire.

Ready.gov is the front running organization that leads the Preparedness Month initiative and this year’s theme is “Prepared, not scared”. Each week during the month of September presents a new topic that citizens can consider to become more prepared. The first week encouraged saving money as a “rainy day fund” in case a disaster or emergency causes damage to someone’s home or property.

This coming week urges families to make and practice a disaster preparedness plan. Gestro says having a plan in writing is good, but actually practicing the steps is what puts the plan into motion. The third week of the month promotes discussing preparedness with youth. Gestro says parents may be reluctant to involve their children in emergency planning because they think it might scare the, but she feels "kids are pretty good message carriers".

The final week focuses on becoming involved in community preparedness outreach. Gestro says that could include connecting with neighbors who may have additional needs or vulnerabilities that could cause that individual to require extra help during a disaster or emergency.

More information about National Preparedness Month can be found at the link below. (DK)