National Coming Out Day To Promote Inclusivity In Community 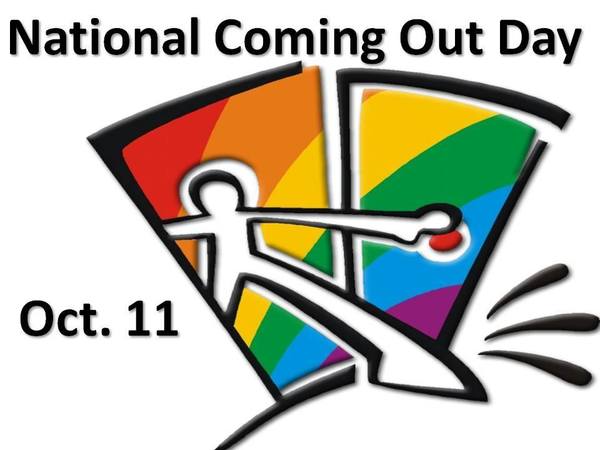 A nationwide initiative next week will share the importance of tolerance and supporting the LGBTQ+ community, while promoting pride in one’s self-identification.

National Coming Out Day, which is October 11th, originated in 1988 in recognition of the second major National March on Washington for Lesbian and Gay Rights, which took place in 1987. Now, the day of awareness and its significance, is a stand in support of members of the LGBTQ+ community and a call to action for others to be present as allies. LGBTQ+ stands for lesbian, gay, bisexual, transgender, questioning and “plus,” which represents other sexual identities including pansexual, asexual and omnisexual.

Nicole Matthews-Creech, President of the Livingston County Diversity Council, says being educated about the LGBTQ+ community is the first step to building inclusivity. Matthews-Creech says the foundational belief behind the National Coming Out Day initiative is that fear and misinformation thrives in an atmosphere of silence and ignorance. She adds once people know someone who may identify with the LGBTQ+ community, they are far less likely to maintain homophobic or oppressive views. Matthews-Creech also says it’s important for allies to make themselves known because their support could create a safe space for someone who wants to come out, or could show silent solidarity for someone who may not feel they are safe or prepared to come out.

Mary Beno, a member of the Pride Alliance of Livingston, says part of becoming informed is understanding what protections are or aren’t available to people who identify with the LGBTQ+ community, noting that currently there are no anti-discrimination state laws in Michigan. Beno feels within society there has been an expansion of understanding in recent years, but that there remains a frontier that some still will not cross. She says one of the ways to move forward is to become educated about LGBTQ terminology and inclusive language like a person’s preferred pronouns, which could include she/her/hers, he/him/his, or they/them/theirs.

Kirsten Shepard, who is also a member of the Pride Alliance of Livingston, has been out as bisexual for a while and later came out as non-binary, which is identifying as someone who exists outside of the typical gender binary of male or female. As non-binary, Shepard, whose preferred pronoun would be "they/them/and their", has had their own challenges with friends and family members not being supportive.

Shepard says, "I think the more that we talk about it and the more that we listen to it, it’s a two-way experience where people that aren’t in the LGBTQ community almost have a better chance of making and affecting change because you learn and make yourself open to those experiences...and create communities of learning and understanding."

Advocates also say it’s important to be present for the LGBTQ community, even when no one’s watching. They say that can look like speaking out against derogatory comments, correcting misinformation, honoring a person’s choice about what information they choose to disclose, and to seek understanding while being mindful of the intent.

You can hear the full interview with Beno, Shepard and Matthews-Creech this Sunday morning at 8:30 on WHMI’s Viewpoint. (DK)