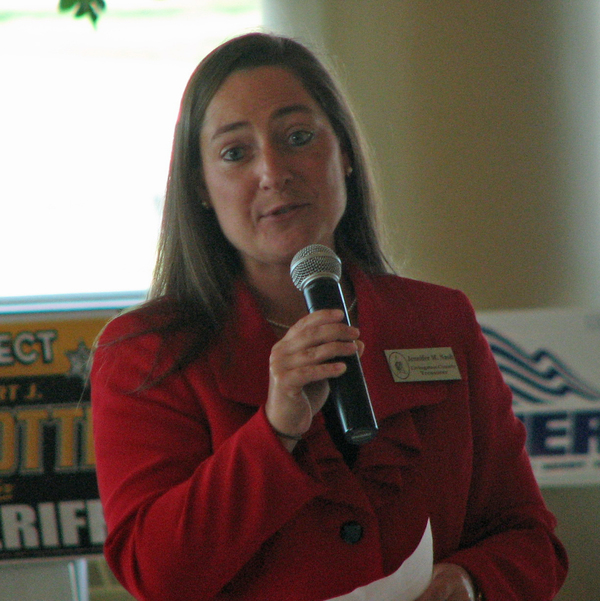 
The re-election bid has been announced by an incumbent Livingston County official.

Livingston County Treasurer Jennifer Nash has filed papers to run for the Republican nomination for that post in the August primary. Nash was originally appointed to the position in 2011 and was subsequently elected in 2012 and then re-elected in 2016. In a release, Nash says she has focused on delivering the values of integrity, innovation, initiative, and accountability to the residents of Livingston County. The county’s Treasurer is responsible for the collection of delinquent real property taxes, custodian of all county funds, investing of idle funds, and maintaining the accuracy of the County's financial reports.

Nash says that her efforts, and that of her staff, have assisted the county in receiving the highest possible audit opinions over the course of her terms of office. “Having grown up in this community, raised my own family here and having the honor of serving Livingston County in this manner, it is important to me that the county taxpayers are given excellent value, offered the best customer service and are provided the highest quality operational services with efficient use of resources.”

Nash has also served as an executive board member of the Michigan Association of County Treasurers for the past four years and will assume the position of President this fall. “It is my honor to serve the residents of Livingston County, and if the electorate will have me, I look forward to continuing to serve as your County Treasurer.”