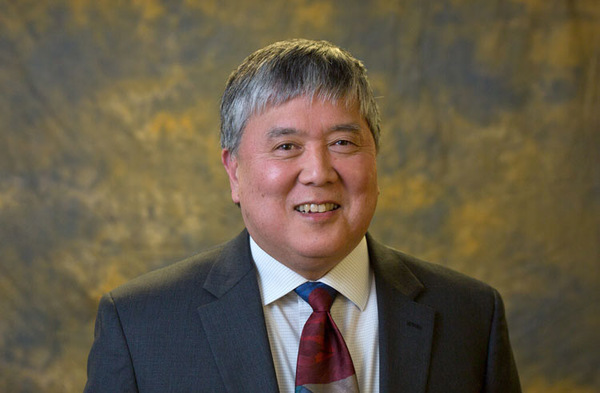 
The Chairman of the Livingston County Board of Commissioners wants state officials to address the rising violence against Asian-Americans by emphasizing their right to own and use guns.

Wes Nakagiri, an American of Japanese descent, issued a press release recently in which he requested the Michigan Asian Pacific American Affairs Commission (MAPAAC) update their publication, “Michigan Resources Toolkit for Asian Families and Communities,” to include information on how to acquire a concealed pistol license (CPL). “With violence on the rise, I am asking Lansing to make it easier for Asian-Americans to protect and defend themselves.”

A recent Pew Research Center survey found that "32% of Asian adults say they have feared someone might threaten or physically attack them – a greater share than other racial or ethnic groups." Stop AAPI Hate, an advocacy group that tracks violence against Asian American Pacific Islander communities, says it has received nearly 3,800 complaints of harassment and violence from the beginning of the pandemic in mid-March 2020 through February of this year. The group says the rise in violence is "fueled by racist and xenophobic rhetoric" used by former President Trump and "his administration’s implementation of a number of policies and efforts to target our communities."

Nakagiri, an enthusiastic Trump supporter, noted that the Michigan Resources Toolkit for Asian Families and Communities hasn't been updated since 2016. He says it provides information on how to avoid internet “phishing” scams, how to access Medicare and Medicaid programs, and even discusses social etiquette topics such as burping, passing gas, and nose picking. “It is surprising that this MAPAAC publication places so much emphasis on personal hygiene while ignoring personal safety,” said Nakagiri, who was an honoree at MAPAAC’s 2019 Leaders’ Forum & Appreciation Dinner.

He is recommending that MAPAAC immediately revise its “Michigan Resources Toolkit for Asian Families and Communities” and its “Priorities for Action” to directly address current threats. “I recommend MAPAAC add information explaining how to apply for a Concealed Pistol License (CPL) and how to acquire the necessary firearm training to safely handle a concealed weapon,” said Nakagiri.

In response, the MAPAAC issued a statement (posted below) that while they appreciate Nakagiri’s request, and acknowledge the Resources Toolkit requires updating, the commission does “not endorse the use of any language that indicates, or suggests, it condones or encourages violence of any kind.” It added that they are committed to working with community leaders, state legislators and local elected officials to provide additional resources and support for Asian families and communities. “We are open to collaborating with counties across Michigan to host community town halls to better understand the needs of the APA community. We extend our partnership to the Livingston Board of Commissioners to organize listening sessions with APAs organizations and residents of Livingston County to address their concerns. We invite Chairman Nakagiri to attend our virtual June 11 Commission Meeting to address his concerns with the commission.”

Nakagiri told WHMI that it wasn’t clear to him “how educating new Asian American citizens about their right to self-defense would be interpreted as condoning or encouraging violence,” saying he believes “lives could be saved if MAPAAC provided Asian American citizens with information about firearms safety and concealed pistol licensing requirements.” Nakagiri says that could be accomplished by including a link to the Michigan State Police webpage titled Concealed Pistol Application and Instructions. He added that he looks forward to having a more in-depth discussion on this topic at the June 11th meeting.