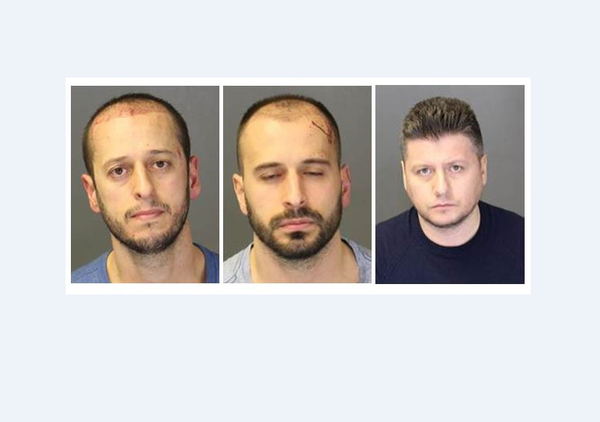 Three area men are facing various charges for allegedly casing victims and breaking in to dozens of businesses.

The Southern Oakland Narcotics Intelligence Consortium arrested 32-year-old Alban Mustafa of Wixom and 30-year-old Andi Mustafa of Novi after observing them break into a Farmington Hills residence on Valentine's Day. 38-year-old Sotiraq Lako was arrested earlier and all three remain lodged in the Oakland County Jail.

Police say the trio targeted owners of Chinese restaurants and Asian nail salons, which usually have cash from their businesses before depositing the money. The suspect would follow the owners to learn where they lived, their vehicles and routines. They would then enter homes using a ladder to reach the second floor, using a window to gain access and steal cash, jewelry and other items. The suspects are believed to have targeted more than 100 people since around 2014, committing at least a dozen home invasions in Oakland and Wayne counties, although authorities are said to be investigating related cases in Macomb and Livingston counties, as well as Ohio.

West Bloomfield Deputy Police Chief Curt Lawson said the three did their homework, and called then the most prolific home invasion crew they've seen in the last 15 to 20 years. He says additional charges may be pursued and more people could be involved as the investigation continues. (JM)