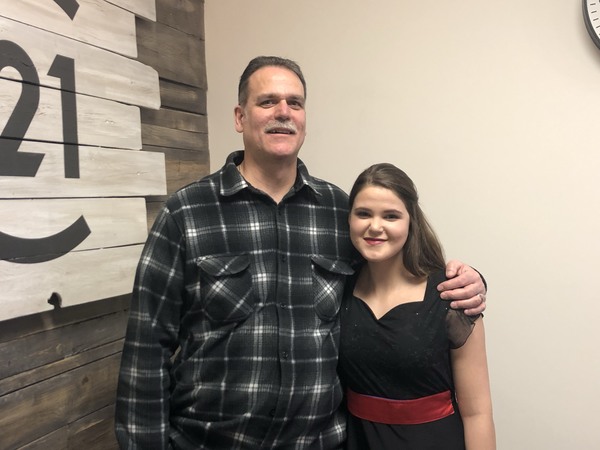 An original play and musical written by a local father and daughter duo will make its Livingston County debut this weekend.

Hartland High School junior Rachel Rotay and her father Robert created “Glockcoma”, described as a dramatic comedy about an older woman who loses vision of her life, faces her regrets, and explores how she deals with them. It begins a 9-day-run at the Historic Howell Theater Friday night.

The Rotay’s submitted Glockcoma for consideration in 2016 to the Midtown International Theatre Festival in New York City where it was accepted as one of 40 out of 400 applicants, and was nominated for a several awards. The Rotay’s and their theatre company, The Art of Theatre, are putting on the show, which features Michigan Opera veteran, Rosaline Contrera Guastella, who will play the protagonist, Alexandra. Other cast members include Brendan Stevens from the University of Michigan-Flint, Gabrielle Blondin, a senior at Hartland High School; Jennifer Burke Thomas, who has directed many plays in the Fenton, Hartland, and Howell areas; Lily Bowen, a 10 year-old singer/actress from Northville; and Rachel herself, in a supporting role.

A portion of the proceeds will be donated to the Juvenile Diabetes Research Foundation. Rachel has been a Type 1 diabetic since she was 6, and said that she feels it’s important to do her part in helping find a cure for any disease, but especially diabetes because of her struggles with it. (JK)