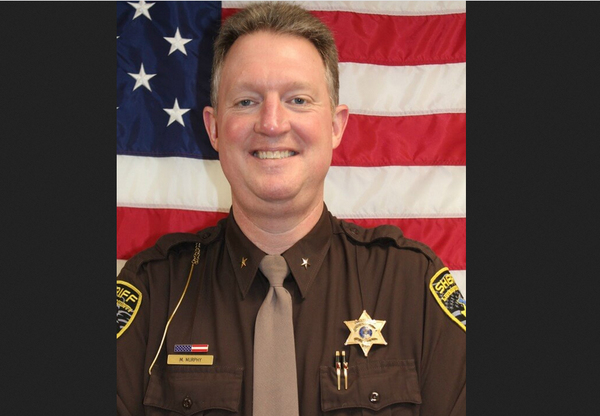 A local elected official is squashing rumors that he has ambitions for higher office. At least for now.

Livingston County Sheriff Mike Murphy today issued a definitive statement refuting rumors that he might be joining the race to become a Republican candidate to face off against 8th District Democrat Elissa Slotkin in November. Murphy said the rumor is just that; a rumor. “I am loving what I am doing, love this county, I have a great office and staff and have no intentions of exploring a new career path at this point. I am honored that people think I would represent the district well in Washington, but for now, I am all in as Sheriff of Livingston County.”

The rumor mill started churning in the wake of the poor fundraising showing among the five GOP candidates in the race so far; East Lansing Attorney Kristina Lyke, former TV news anchor Paul Junge, Howell’s Mike Detmer, Michigan Board of Education member Nikki Snyder and Marine Corps veteran Alan Hoover of Ortonville. While Slotkin ended 2019 with nearly $2.9 million cash on hand, Junge was closest to that with just over $273,000, including a $125,000 loan he made to his own campaign.

Because Slotkin is the first Democrat to hold the 8th District seat in nearly 20 years, returning the district to the Republican column is seen as a priority. However, with less than six months until the August 4th primary, there is no sign any of the five contenders will be dropping out soon allowing a front-runner to begin serious fundraising and a head-on attack against Slotkin.

Murphy, meanwhile, is seeking a second term as sheriff and with no opponents on the horizon, he is expected to easily return for another four years.