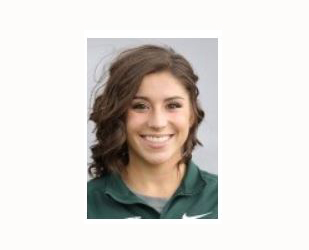 
A Fowlerville High School graduate and former track athlete has filed a lawsuit against Michigan State University alleging she was pressured to transfer after reporting a teammate for sexual assault.

Emma Roedel’s lawsuit was filed in federal court. It alleges MSU and various current and former employees violated federal laws and created a culture where male athletes could sexually abuse fellow students without facing consequences. The suit also names the NCAA. Roedel alleges she was given an ultimatum by Assistant Coach Yolanda Johnson and forced to choose between switching from sprint to distance events, quitting the team or transferring to another school. The suit alleges Johnson told Roedel "no one would like her" if she pursued the sexual assault claim. Roedel eventually transferred to Grand Valley State University and recently graduated. Her father is Fowlerville Schools Superintendent Wayne Roedel.

The male athlete is only identified as “John Doe”, who admitted to the assault and apologized in a text message to Roedel. He was also a freshman student and described in the complaint as a highly regarded track athlete in his high school. The Lansing State Journal reports that Roedel was a star athlete at Fowlerville High School, was named to a Dream Team and identified as a top athlete in the Lansing area. She was said to be recruited to join the men and women's track team, and she joined as a walk-on athlete in 2016 during her freshman year. The complaint states Roedel was the first woman athlete on MSU's track team to run as a freshman in competition. Most members of the track team lived in the same dorm on campus and Roedel alleges she woke up to Doe assaulting her. When she confronted him via text, Doe said he didn’t want to take advantage of her, especially when they were both drunk.

Roedel reported the incident to Johnson, the assistant coach for sprints and jumps, within days of the assault but was discouraged from pursuing a claim. Roedel did report the assault to police and a report was taken. Members of the men’s track team allegedly threatened Roedel afterward and out of fear at the time, she didn’t pursue criminal charges or a Title IX investigation. The complaint noted the university didn't have either student move dorms so Roedel regularly encountered her alleged attacker. The lawsuit states the male athlete wasn't removed from the team until he allegedly sexually assaulted another individual. The complaint alleges the university has generally failed to adequately investigate complaints regarding male athletes. Roedel said she was not referred to counseling or informed of her rights under Title IX, which is a federal gender anti-discrimination law that requires institutions to take immediate action if sexual misconduct is reported.

A university spokeswoman told the Journal the school takes allegations of sexual misconduct and retaliation very seriously and is committed to providing a supportive and safe environment free from sexual misconduct in all its forms. In addition to Johnson, the university’s Board of Trustees, the former president, athletic director and Title IX coordinator are all named in the lawsuit.

While WHMI does not normally identify sexual assault victims, in this instance we are as Roedel has publicly discussed her experience and the lawsuit.