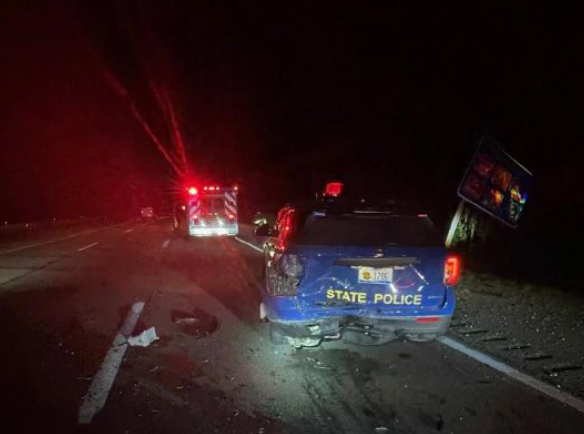 
A Michigan State Police trooper was hospitalized after their patrol vehicle was hit by a drunk driver on the freeway while responding to a separate crash involving another drunk driver.

A trooper from Brighton Post was investigating an operating while intoxicated crash at around 1:30am Monday on westbound I-94 near Zeeb Road in Scio Township.

Police say while blocking part of the lane for the tow truck, another driver who was intoxicated struck the patrol car while the trooper was in the patrol car. The trooper sustained minor injuries and was taken to a hospital.

Police say the 33-year-old suspect from Canton who struck the patrol car was arrested for operating while intoxicated.