Movie Screening In Howell Will Usher In "Coming Out Day" 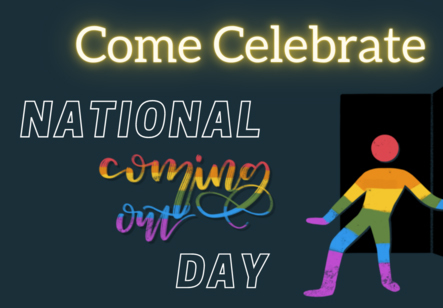 
An event this weekend in Howell will highlight the role that silence plays in homophobia in society.

Monday, October 11th is National Coming Out Day which celebrates those who have come out publicly to friends, family and co-workers as a member of the LGBTQ+ community. The essence behind the day is that homophobia thrives amidst ignorance and that the more people who realize they have loved ones who are members of the LGBTQ+ community, the less likely they are to perpetuate harmful stereotypes.

Nicole Matthews-Creech is President of the Livingston County Diversity Council and, speaking Sunday on WHMI’s Viewpoint, said that it’s also a call to action for others to make themselves known as allies.

Maureen Elliott is with Pride Alliance of Livingston, and says that while the day itself is recognizing those who might make that brave decision, it’s also important for people on the other side of the equation to understand that as well.

In recognition of Coming Out Day, the Pride Alliance of Livingston will be hosting a free event this Sunday, October 10th at the Historic Howell Theater, with a free screening of Love, Simon "a 2018 American romantic comedy-drama film centering on the struggles of a closeted gay high school boy.

Although admission is free, the Pride Alliance Livingston is asking that those interested in attending register in advance. They are also recommending ages 14+ for this event.


Jon King is a member of the Livingston Diversity Council Board of Directors.