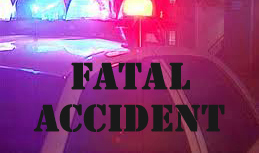 
A motorcyclist killed over the weekend after striking a deer and vehicle in Highland Township has been identified.

The Oakland County Sheriff’s Office reports that 20-year-old Lucas Dreven Nash of Commerce Township died Saturday after the motorcycle he was riding struck a deer and then was hit by a vehicle as he crossed the centerline into oncoming traffic.

The crash happened at approximately 6:47pm. Nash was operating a 2010 Yamaha R6 motorcycle southbound on Harvey Lake Road south of Wardlow Road when it collided with a deer, causing Nash to lose control of the motorcycle. The motorcycle crossed over the centerline into the northbound lane of traffic, where it was struck by a 2017 Ford Escape driven by a 25-year-old Holly resident.

Nash, who was wearing a helmet, was treated by emergency personnel from the Highland Township Fire Department. He was later pronounced dead at the scene.

The Ford Escape driver was wearing a seat belt, sustained minor injuries and was released at the scene.

The Office says neither alcohol nor drug use is suspected in the crash.