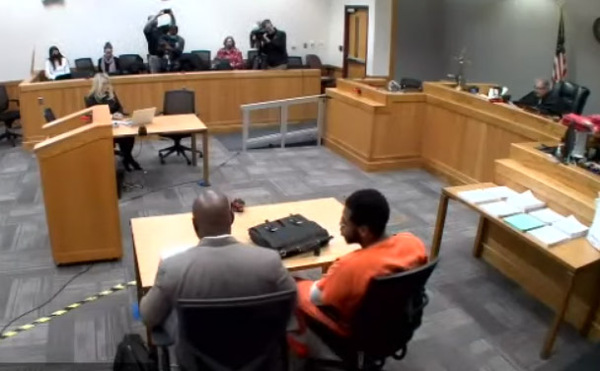 
An evidentiary hearing is set next month on defense requests to drop the charges against a state lawmaker arrested earlier this year near Fowlerville.

Democratic State Rep. Jewell Jones of Inkster was arrested by Michigan State Police on April 6th after troopers say he crashed his vehicle into a ditch along I-96 and then resisted responding officers. He was subsequently charged with four counts of resisting and obstructing a police officer, operating while intoxicated, possessing a firearm under the influence and reckless driving.

His attorney, Byron Nolan, has filed a motion seeking to dismiss the charges, claiming that troopers lacked reasonable suspicion to question and search Jones, who was standing behind an ambulance as his passenger was being treated. The motion says there is no evidence Jones was the driver of the vehicle and thus the search of the SUV, which turned up a .40-caliber Glock handgun, was unlawful, as well as a blood test later that determined Jones’ blood alcohol level was at least 0.17%, more than twice the state’s legal limit of .08%. It asks that the evidence gained from those actions be dismissed as inadmissible and the charges dropped as a result.

In court today, Livingston County Circuit Court Judge Michael Hatty set a December 10th hearing on those motions. Meanwhile, Judge Hatty set a hearing for next Friday, November 12th to review a mental health evaluation that was ordered after a handcuff key was found taped to the bottom of his foot as he was being booked into the Livingston County Jail on a bond violation charge. That incident resulted in Jones being charged with one count of bringing a weapon into a jail and another count of escape while waiting trial for a felony.