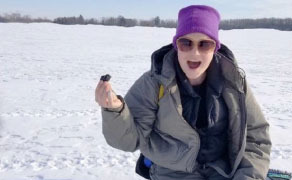 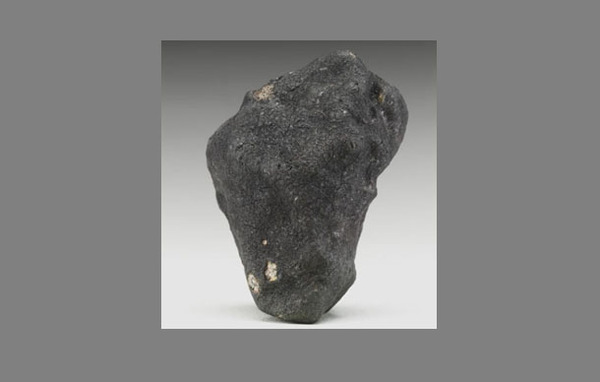 A chunk of the meteor that exploded over Livingston County last month will hit the auction block in New York.

Ashley Moritz of Royal Oak and her partner Christopher Rodgers found the meteorite on Zukey Lake in Hamburg Township four days after the January 16th incident. Weighing in at just under two ounces, the meteorite is now on display at Rockefeller Center in New York City and is slated to be part of an auction at Christie’s of London entitled "Sculpted by Nature: Fossils, Minerals and Meteorites," set for April 10th through the 17th.

According to a news release from Christie’s, Moritz said she, “spotted a little hole in a patch of snow on the ice and was so excited upon extracting a small black rock.” The meteorite is classified as a chondrite, described as non-metallic meteorites formed when various types of dust and small grains that were present in the early solar system accreted to form primitive asteroids.

The Chicago’s Field Museum, which has a different specimen from this same meteorite shower said that because it fell on winter ice, “This is one of the best-preserved meteorites” in its collection. Christie’s says the same is true of Moritz’s find, which is expected to have an opening bid of $12,000. Pictures courtesy of Christie's of London. (JK)