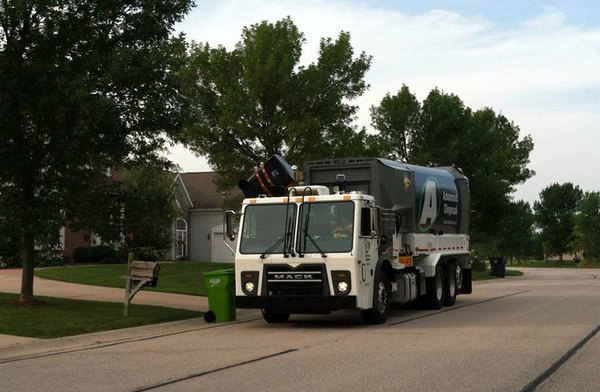 Genoa Township is still working through issues related to the switch to every other week recycling.

The township has been forced to change haulers a lot in recent years for different reasons and is now with Advanced Disposal. The new contract went from an 18-gallon recycling container to 64-gallons, which the board and staff thought would accommodate going to the every other week. There are 7,075 units in the township and many do recycle but some a lot more than others and larger families naturally generate more trash. Based on complaints, staff was earlier directed to get cost estimates for weekly recycling services. The Genoa Township Board met Monday night and staff reported the cost would be around $185,000 – which is realistically not feasible so other options are being investigated.

A large piece of the problem remains education and some board members noted that township website features a calendar to keep track of recycling dates but also an app in which residents can type in an item to determine if it is recyclable or not. Cardboard is said to be a big issue with the online shopping movement or “Amazon effect” especially around the holidays and many residents have cardboard that piles up. All recyclables, including cardboard, must be placed in the containers provided or it will not be picked up. Advanced Disposal does offer the option for residents to purchase another recycling cart but some residents have voiced complaints about ordering one and not receiving it or being refunded. Six residents attended Monday’s meeting on the issue and all voiced complaints with the company’s customer service department, as well as missed pick-ups. One resident thanked the board for listening to them and trying to work with them to fix problems.

Supervisor Bill Rogers says they realize there are still issues out there and a fair amount of residents that still want weekly or larger containers for their recycling. He says it’s a combination of things including trying to educate people and really determine the underlying issues. Cardboard was said to be a big issue as it takes up a lot of area if not broken down properly and must be put in the provided recycling container to be picked up. Rogers tells WHMI they are focusing on trying to give residents different options for recycling such as larger containers but also looking into the specific issue of cardboard recycling and a township wide event. Rogers says the township recently got involved with the Big Red Barrel project to safely dispose of prescription drug medications and could potentially combine future events for something along the lines of a welfare safety day. At Monday’s meeting, it was relayed that 64 pounds were collected during last Saturday’s event, including a massive amount of sharp needles.

Rogers commended Township Manager Mike Archinal saying he has done a phenomenal job navigating through this entire refuse and recycling process. He further noted they are finding a lot of companies have gone to new equipment and automated trucks for safety purposes, which mean that residents also need to be more concise with putting things out. Rogers pointed out one item can contaminate an entire recycling load, such as greasy pizza boxes or water bottles with plastic caps left on. The board plans to continue work to educate residents about other recycling options but is looking to likely host the cardboard recycling day to help the situation. If not, Rogers says they’ll continue to look at other alternatives.

An attachment of pricing extras from Advanced Disposal is provided. More information is also contained in the township board meeting packet and a link for that is also provided. (JM)