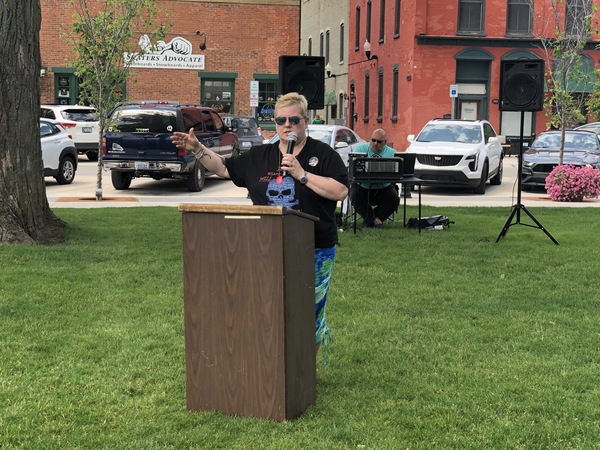 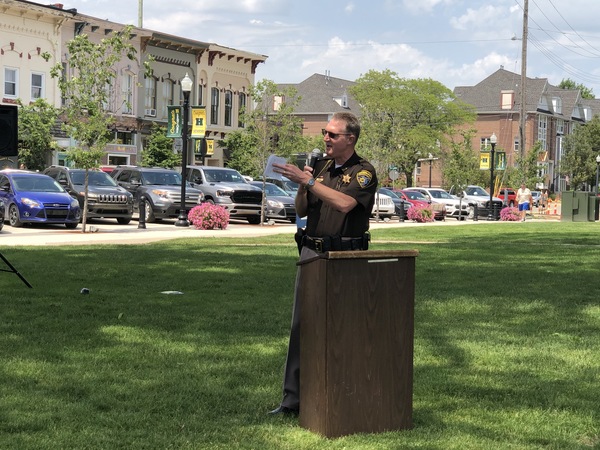 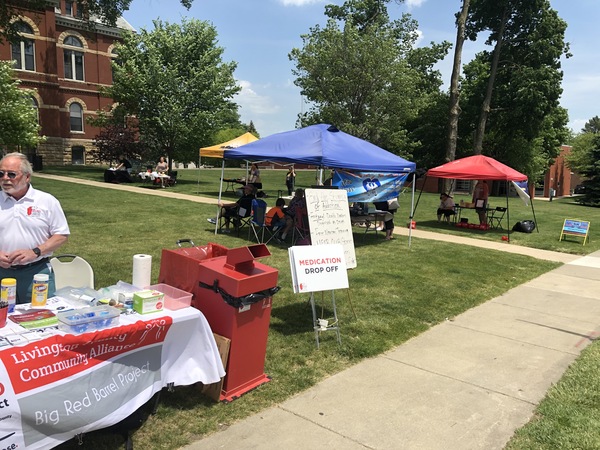 A rally to raise awareness about addictive drugs and harmful stigmas they spawn was held in Downtown Howell, yesterday.

Mitchell’s Hope is a non-profit out of Fowlerville that promotes the awareness of the opiate epidemic, the multiple pathways to recovery, substance abuse education, preventative measures, and support for those who are suffering and their families. Michele Wagner founded the organization in March of 2015, shortly after the overdose death of her son Mitchell. Wagner led a rally on the lawn of the Historic Howell Courthouse, Friday afternoon, with several advocate groups.

Wagner spoke to the crowd in attendance about the rising danger of the synthetic opiate, Fentanyl. She said Fentanyl is being pressed into many other drugs like Xanax, Percocet, and Oxycodone with many buyers not knowing that.

Livingston County Sheriff Mike Murphy spoke at the event and said that while people with an addiction have their preferred drug of choice, at the end of the day it’s about getting their high- and Fentanyl makes it easier. Murphy said that law enforcement can’t arrest our way out of addiction, and what needs to happen is prevention and treatment. “If you take away the demand, there is no need for supply.” Murphy also told of the rising popularity of meth and how providers have learned to mass produce it.

According to a recent report from the Michigan Department of Health and Human Services, Livingston County is a top 10 county in the state for opioid overdoses. Megan Palmer of the Livingston County Community Alliance spoke on their behalf and for the Big Red Barrel. She told WHMI that the overdose number had been improving but since the pandemic, things have gotten worse.
Also speaking at the event were members from the Wake Up Livingston , the Courtney-Amber Reineck House, Stepping Stones Engagement Center, Allies in Recovery, Alpha Recovery, the Alano Club of Brighton, and the Association of People Against Lethal Drugs (APALD).

Friday’s event was one of 40 going on simultaneously around the nation, as organized by APALD.

Wagner encouraged families with loved ones struggling with addiction to reach out for help. You can find more information at www.MitchellsHope.com, or on Mitchell’s Hope Facebook page.