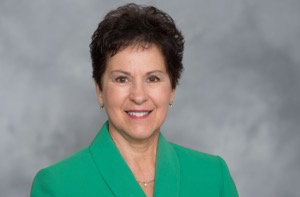 The race for one of two open Howell Township trustee seats now has a second Democrat in the running.

Judith Minton, a family life educator and former U of M and MSU fundraiser, has announced her candidacy for the position, saying her, “…years of experience as a group facilitator and strong communicator can be put to good use in service to the Howell Township community.” Minton says that over 10 years ago, the Howell Township Board made a commitment to grow the community through the expansion of sewer hook ups, issuing bond totaling $25 million, with over $17 million still outstanding. She feels it is time to be more proactive and promote development in Howell Township and is concerned the current Board does not represent all members of the community, especially those who live in subdivisions and are interested in expanding township services through what she called, “prudent investment of excess operating budget and leveraging partnerships such as the proposed Howell Recreation Center” adding that it is one thing to keep taxes low but another to do it at the expense of needed services.

Minton, who is married to former Howell Township trustee Mike Tipton, is a Spring Arbor University graduate and recently retired director of philanthropy.