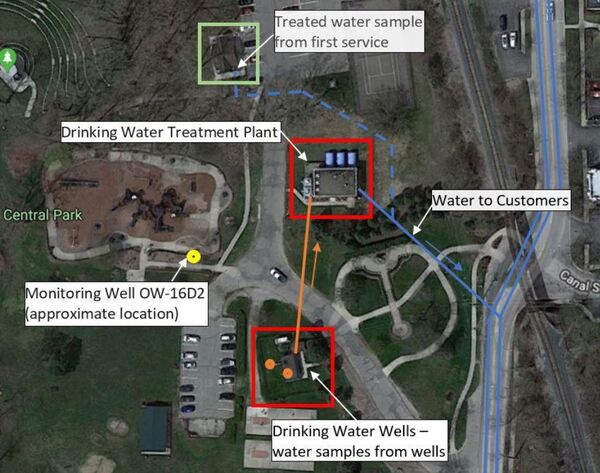 The Michigan Department of Environment, Great Lakes, and Energy (EGLE) has issued an Administrative Order requiring ZF Active Safety US Incorporated to install a treatment system to address the contamination. EGLE hosted a virtual event to provide further information and detail the order.

Groundwater contamination has migrated from property formerly owned and operated by ZF’s predecessor Kelsey-Hayes Company. The contamination is composed of chlorinated volatile organic compounds (CVOCs), which are harmful to human health, even at low levels.


Officials talked about the proactive approach to protect the Village drinking water system. Drinking water and monitoring well data was covered and an overview of the administrative order, and emergency and long term plans was provided. The contaminants of concern were discussed and the program ended with a question and answer session.

EGLE Project Manager Kevin Wojciechowski stated the project really got started back in 1989 when the contamination was first discovered in the Village – it’s not something that recently came about and EGLE and the Village have been dealing with it for a long time. However, he noted the vinyl chloride is something new.

EGLE issued an administrative order to ZF in March, although the site is still referred to as the old Kelsey Hayes property. The order includes both emergency response measures and long term treatment of the Village drinking water.

Wojciechowski says ZF has agreed to the order and the installation of a permanent treatment system on the Village drinking water system, financial assurance for long term operation of the system and if emergency response measures if deemed necessary. ZF will have one year to design and build the treatment system.

It was stated that regular updates will be provided to Village residents as things progress.

A copy of the presentation is attached.