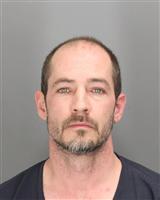 
A Milford Township man is heading to trial on charges of a sexually assaulting a minor and ramming a police car as he tried to get away.

39-year-old Daren William Muns was ordered Wednesday to stand trial on three counts of 1st degree criminal sexual conduct involving a victim under 13 and an additional charge of Felonious Assault with a Motor Vehicle. An arraignment is set for March 13th in Oakland County Circuit Court.

Muns had been sought by South Lyon Police on a three-count warrant for a 2015 sexual assault when he was spotted January 21st by the Oakland County Sheriff’s Office Fugitive Apprehension Team coming out of a gas station in Lyon Township. When they attempted to box in his vehicle, police say Muns put his car in reverse and sideswiped one of the vehicles as he fled. Officers pursued him along 8 Mile Road until they terminated the chase due to poor road conditions.

The Sheriff’s Aviation Unit later located the vehicle in the Novi Meadows Mobile Home Community. Deputies established a perimeter, and with the help of the K-9 Unit, located Muns in a residence near his abandoned car. He remains jailed on a $500,000 bond.