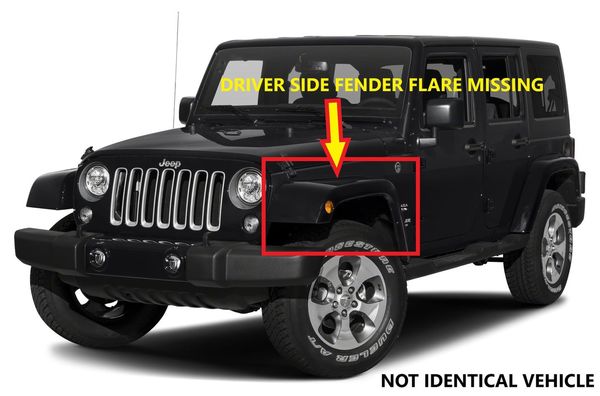 
Authorities are asking for help from the public in identifying the vehicle involved in a hit and run crash in Milford.

The Milford Police Department is investigating a hit and run crash involving a pedestrian that occurred on Thursday, January 28th at approximately 6:28pm. The incident occurred on Duck Lake Road between Commerce and Cooley Lake Roads. The Department says it’s looking for a Jeep Wrangler, black in color, that’s missing a large portion of the driver side fender flare. The fender flare is also painted black. An example is pictured.

Police ask that anyone aware of anyone who owns a black Jeep Wrangler that has similar damage or knows of someone who has turned one in to be repaired to please contact Det. Lipari at 248-684-1815 as soon as possible. Tips can remain anonymous.