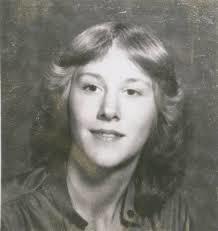 The partially clothed body of 20-year-old Anne Marie Doroghazi was found by a young boy on the morning of September 29th, 1981 in a ditch near Camp Dearborn in Milford Township. An autopsy ruled the cause of death as strangulation, and while her shirt had been pulled over her head and her pants and underwear were lying nearby, there was no indication she had been sexually assaulted.

It had also rained the night before, but the body of the 1979 Dearborn Fordson High School graduate was not wet. That led investigators to conclude that Doroghazi was likely killed at an unknown location and then left in the ditch, located off of General Motors Road and west of Martindale Road.

She was last seen on the evening of September 26th, 1981 by another woman at one of the camp’s bathhouses. Robbery was ruled out as a motive as her purse, with money inside, was found near the body.

Doroghazi, who worked with the maintenance crew for three years at Camp Dearborn and lived onsite in a trailer home, did not have a car and was known to walk along General Motors Road to a nearby gas station to buy pop or cigarettes. Milford Police, who have a summary of the case on their website, say numerous people were questioned and leads were developed on one or more possible suspects, but a lack of evidence and information kept investigators from making any arrests. They are currently working in conjunction with the Oakland County Sheriff's Office Cold Case Unit, which has been trying to develop some new leads that could break the case.

While there has been speculation that Doroghazi’s death was connected to the murders of two other young women found in Livingston County around the same time, a definitive link has never been made. 16-year-old Kimberly Louiselle was found on April 14th, 1982, in a wooded area near Grand River and Kensington Road in the Island Lake Recreation Area. Christina Castiglione’s body was discovered on March 29th, 1983 in the Oak Grove State Game Area.

While both of those cases also remain unsolved, Lt. Sam Marzban with the Oakland County Sheriff’s Office tells WHMI that connection has been looked at. "The original investigators from the 1980s did look at those avenues as well and to date, we have nothing connecting them. Not to say that they aren't connected, but we don't have any information specifically linking those cases together."

Lt. Marzban was with the Cold Case unit until earlier this year but continues to work the case. He says that even forty years later it is entirely possible someone may have seen something that only now seems relevant. "With the nature of Camp Dearborn, a lot of people were living in Dearborn and they were using it as a summer cottage or spending weekends out there, especially with this being toward the end of September. A lot of people were commuting back and forth for the weekend, so they might not have been in the area for investigators to speak with them, but if they have any information we encourage them to call the Cold Case Unit."

Anyone with information about Doroghazi’s death can call the Oakland Sheriff's Investigative and Forensic Services Division (IFS) Cold Case Unit at 248-858-7155.

Anyone with details about the Louiselle and Castiglione murders can call the Livingston County Cold Case Team at 517-540-7880.

Lt. Marzban says even forty years later, he has not lost hope that they will solve Doroghazi's murder. "We've had success several times on cold cases so we're hoping to have success again."