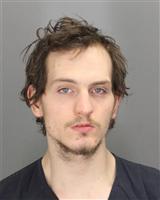 A Milford man who police say admitted to attempting to rape his neighbor has entered a plea in the case.

21-year-old Zachary William Brown was charged with first degree home invasion and assault with intent to commit criminal sexual conduct. On Tuesday, he entered a no contest plea in Oakland County Circuit Court. Sentencing was set for July 9th.

Authorities say Milford Police responded January 28th on a report of a woman who said she was attacked in her West Lafayette Street home. The 33-year-old victim told police her neighbor, identified as Brown, had knocked on her back door and apologized for bothering her. The woman opened her main door but left the storm door closed, however Brown reportedly opened the storm door and grabbed her. A scuffle ensued but the woman was able to get away and run to a neighbor’s house to call 911. When confronted at his own home, Brown appeared to be intoxicated and had scratches and red marks on his wrist, neck and face. Police reportedly found a dust mask and latex gloves near the entry of the victim’s home and when Brown was searched at the police station, a folding knife was found in his pocket.

Police say he eventually admitted he had gone to the woman’s home with intentions of raping her. Brown also stated that he had been planning to do so for several months and had gone to her home a couple of times, but did not follow through; adding that drinking prior to the incident emboldened him. Brown said he had intended to knock her unconscious by covering her face with the mask and to avoid leaving fingerprints at the scene by using the latex gloves.