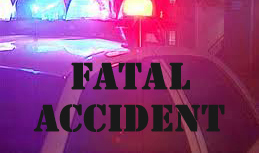 Police say speed and weather conditions were factors in a fatal afternoon crash.

Milford Police and Fire Department personnel responded to the scene of a two-vehicle crash on General Motors Road in the area of Martindale shortly after 2pm. General Motors Road was closed in both directions between Dansin Drive and Martindale as the result of the crash and Milford officers were assisted on scene by the Oakland County Sheriff’s Office Accident Reconstruction Team. Preliminary investigation indicates a subcompact vehicle was traveling westbound on General Motors Road when the driver lost control. As a result, the subcompact crossed the center line and slid sideways before colliding with an eastbound vehicle. The driver of the subcompact vehicle was unresponsive when first responders arrived, who immediately started lifesaving efforts. Police say the 29-year-old Commerce Township woman was transported to Providence Park Hospital in Novi, where she was later pronounced deceased. The driver of the other vehicle sustained non-life-threatening injuries and was also hospitalized. Police say it appears speed in relation to weather conditions played a significant part in the traffic crash, adding alcohol does not appear to be a factor.

Police Chief Tom Lindberg says the crash is a sad reminder of how important it is for drivers to slow down and drive to the weather and roadway conditions. With more weather yet to arrive, Lindberg asks that motorists please slow down to help first responders and road crews keep people safe. (JM)