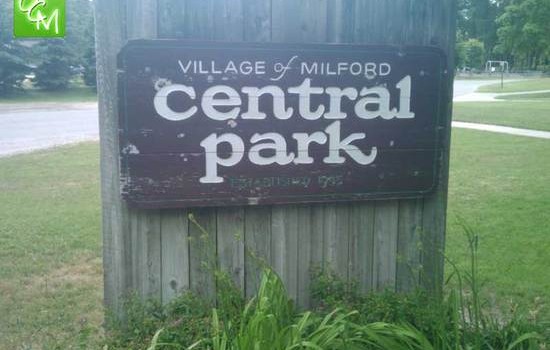 Officials for the Village of Milford are hoping to soon solidify the design and budget for improvements to Central Park.

The municipality’s Parks and Recreation Commission recently decided on what amenities they’d most like to see incorporated into the park’s final design. After much discussion, commissioners chose pedestrian walk-ways into the park, canoe and kayak access along the river, and reconfiguration of parking and the park’s entrance as their “must-haves”.

Township Manager Christian Wuerth says the plan overall had a number of different phases that were broken up based on their elements and geographic proximity. Wuerth says it "made sense" for one of the phases’ to include improvements to the park’s entrance and green space, while the reconfiguration of the athletic courts and parking will be carried out together. The improvements to Central Park are part of its master plan that was approved in 2015.

Wuerth says the project’s design and budget need to be nailed down so they can begin to allocate funds and obtain the necessary permits. (DK)