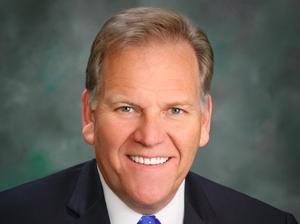 
The man who represented the 8th District in Congress for 14 years has added his name to those calling on the Trump Administration to acknowledge Joe Biden as the president-elect.

In a tweet Tuesday, former Congressman Mike Rogers said that Biden should be receiving the presidential daily briefings at the White House, something that has yet to take place despite decades of precedent.


Our adversaries aren't waiting for the transition to take place. @JoeBiden should receive the President's Daily Brief (PDB) starting today. He needs to know what the latest threats are & begin to plan accordingly. This isn't about politics; this is about national security.

Only a handful of Republican senators have acknowledged Biden’s victory, including Sens. Mitt Romney of Utah, Ben Sasse of Nebraska and Lisa Murkowski of Alaska.

Former CIA officer David Priess, author of "The President's Book Of Secrets" told NPR that the tradition of providing the incoming the brief dates back to the 1960s when it was first created. He also noted that even in 2000, while the election returns in Florida were still being contested, then-President Bill Clinton authorized intelligence briefings for George W. Bush before he was officially declared the winner.