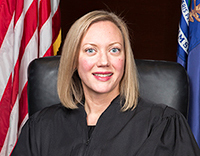 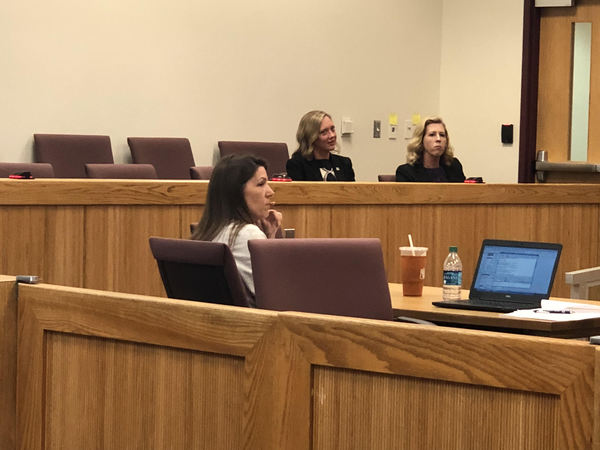 Justice Clement said these programs both have a tremendous impact on those who participate. She shared that data from a recent Michigan Supreme Court report, Solving Problems, Saving Lies, shows that these specialty courts are effective both locally and across the state. The report reveals a positive impact on re-offense rates and unemployment. Justice Clement said that adult participants are more likely to gain work and re-integration into the community, while the number of those who commit an offense within 2 years of graduation drastically drops.

Justice Clement said it was interesting to see the way that Circuit Court Judge Michael Hatty handled the Adult Drug Treatment Court. She was smiling throughout most of the proceedings, as Judge Hatty checked in on the participants, asking them how their lives and recovery are going in a very personable manner. With the Mental Health Courts, Justice Clement recognized that District Court Judge Suzanne Geddis faces a very different kind of challenge. Many participants in that program often have coexisting problems with substance abuse requiring Judge Geddis to show flexible amounts of compassion depending on each situation. Justice Clement seemed impressed with the work being done in the specialty courts, saying she could see a sense of hope and healing. She said she could feel a positive attitude in participants, and believes the county is set up to help them with support they need to get back on the right path, even if there are roadblocks and stumbles along the way. (MK)