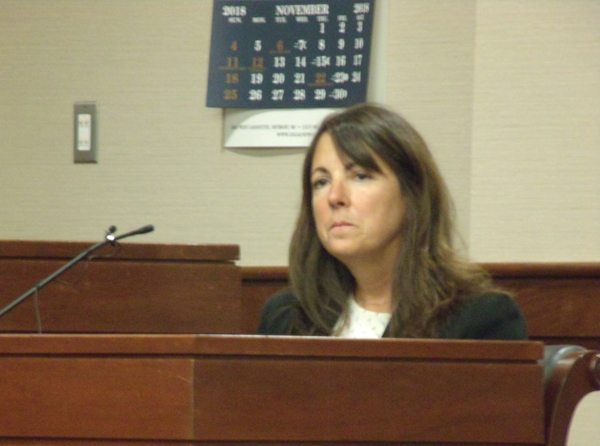 The state’s highest court has rejected a motion to suspend a Livingston County judge.

In an order issued Friday, the Michigan Supreme Court denied a petition for the interim suspension of 53rd District Court Judge Theresa Brennan by the Judicial Tenure Commission. In its opinion, the high court said the motion was invalid because it was issued by the, “Deputy Executive Director, with the permission of the Commission . . . .” and not the commission itself. It further stated that because the order “expresse[d] no opinion regarding . . . the substance and/or merits of the Examiner’s motion for interim suspension . . . .” Accordingly there is no recommendation or petition from the commission before the Court.”

The petition was filed January 15th by Michigan Judicial Tenure Commission Deputy Executive Director Glenn J. Page. It requested that the court order the immediate interim suspension of Brennan, without pay, “for the proper administration of justice and to maintain the public perception of fairness in the courts.” Brennan technically remains on the bench but her caseload has been re-assigned.

The petition was filed following a report issued by Retired Judge William Giovan, who was appointed special master to preside over the JTC hearing. He concluded Brennan had engaged in serious misconduct, especially as it related to her failure to disclose a relationship with former State Police Detective Sean Furlong, the chief prosecution witness in the 2013 murder trial of Jerome Kowalski, over which Brennan presided. Kowalski’s conviction has since been vacated and a new trial ordered. Giovan also cited Brennan’s use of staff to perform personal services and her “persistent abuse and discourtesy” toward defendants and lawyers in her court. It is now up to the Judicial Tenure Commission to take those findings and make a formal recommendation to the Michigan Supreme Court, which could result in Brennan’s removal from the bench.

In addition, felony charges were issued in December against Brennan by the Michigan Attorney General for allegedly delaying the execution of a recusal order after she was assigned as the judge in her own divorce, and using the delay to dispose of evidence relevant to the divorce that was subject to a motion to preserve evidence prior to her recusal. A preliminary exam has been set for March 21st in 67th District Court in Genesee County. (JK)