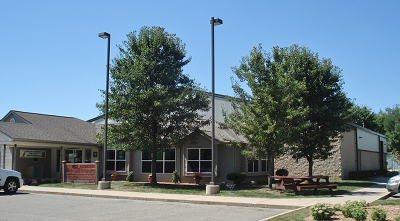 There’s been a major change with the Humane Society of Livingston County.

In a letter released Monday by Board Chair Joe Miskovich, it was announced that the organization is being taken over by the Michigan Humane Society. Miskovich says that they approached the state organization last year, “for some assistance in the day to day operations of the shelter and veterinary center.” He says the Michigan Humane Society, “happily stepped in" to provide resources and support for their team at the facility, including volunteers and the veterinary staff.

Miskovich says the partnership has already resulted in a 300% increase in adoptions over the same time the previous year, and a shorter length of stay before animals are able to find their new forever homes. He said they have also, “streamlined many of the facilities’ processes and sharpened focus on customer service.”

Given that success, Miskovich said they “have entered into an agreement in principle to merge the two organizations into one under the Michigan Humane Society name later this year” with mutual goals of continuing to provide “high-quality care to the animals that call our facility home, whether it’s for a week or several months,” while remaining a resource for animal lovers in the community, whether they seek them out for owner support services or adoptions. Miskovich says despite the changes, the shelter and veterinary center will remain open for assistance as usual, and their annual Fur Ball will still take place on May 18th.

As for one of the big concerns being raised about the merger; namely that the local Humane Society shelter is no longer a “no-kill” shelter, a document posted on the organization’s website says that since 2015 the Michigan Humane Society has adopted out 100% of healthy and treatable animals and that the two organizations share the same philosophy, that no animal will be euthanized for space.