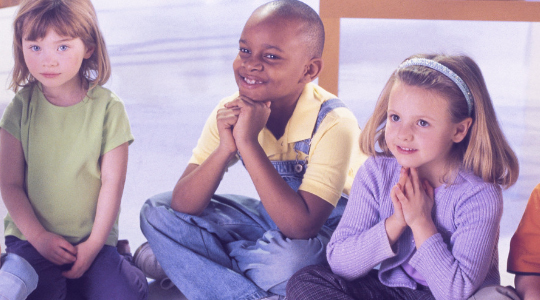 
Michigan is holding steady in an annual snapshot of how children are faring, ranking 32nd nationally for the second year in a row, while Livingston County continues to rank well among the state’s 83 counties.

According to the Annie E. Casey Foundation's 2020 Kids Count Data Book, Michigan placed 22nd in health, 30th in both economic well-being and family and community and 40th in education. Kids Count Director at the Michigan League for Public Policy Kelsey Perdue said monitoring these outcomes will be crucial given the COVID-19 crisis.

"Our state is facing significant deficits, parents and kids are nervous about returning to school, and Black children and families are worried about the realities of racism and violence," Perdue said. "These are really trying times, and this data can be used to help guide where we are and where we can go moving forward."

Michigan improved on 11 of the report's 16 indicators, two remained the same and three worsened. Perdue explained these changes are in line with national trends and reveal Michigan has made some notable progress but has not caught up with its peers. From 2010 to 2018, Michigan improved in the rate of children living in poverty from 23% to 19%, although that's still slightly higher than the national average. That improvement was also seen in Livingston County, which has frequently been among those counties with the least child poverty in Michigan. In 2018, the rate was just 5.5%, down from 8.1% in 2014. But Livingston is 93% white, and Perdue noted that despite gains for children of all races and income levels in the report, statewide inequities persist.

"If you look into the data and just aggregate it by race and ethnicity or by nativity or social-economic status, there are large gaps," she said. "And we've been advocating that race, place and income are taken into consideration when making policy decisions."

The Data Book found Black children were more likely to live in single-parent families and high-poverty areas; Latinx kids were at greatest risk of not going to school at a young age; and American Indian kids were nearly three times more likely to be uninsured.