Pilots Get Fired Up At Michigan Challenge Balloonfest Preview 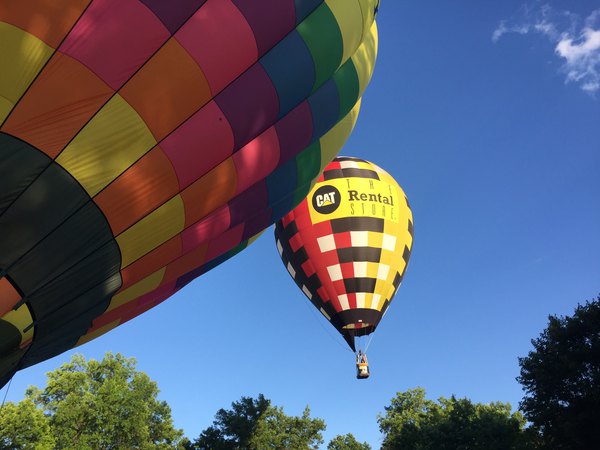 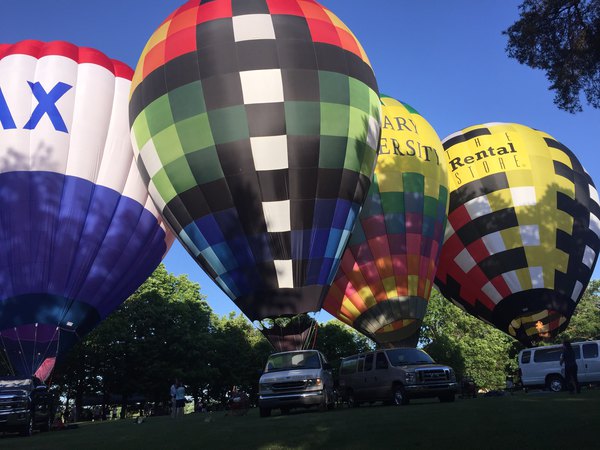 Community members got a preview of some of the hot air balloons that will be a part of this year’s Michigan Challenge Balloonfest.

The 34th annual event will be held in downtown Howell June 22nd through the 24th. A balloon preview was held at the Howell City Park Wednesday and though only one balloon took flight due to windy conditions, a handful of others were fired up as pilots prepare for shows and competitions that are held at Balloonfest each year.

Balloonmeister Phil Clinger says pilots from all over the country take part in the event, with nearly 50 balloons scheduled to participate. Clinger has flown in the Michigan Challenge for over 20 years and tells WHMI he enjoys the area's community and putting a smile on people's faces.

Balloon pilots are required to go through the same process as aircraft pilots when it comes to obtaining a fixed-wing license. Clinger says another lesser-known fact is the expense attached to ballooning, as a brand new balloon on average costs around $40,000 to $50,000. It costs twice as much to fly a balloon as it does a small aircraft, according to Clinger.

Dennis Hall of Howell has piloted in Balloonfest for about 10 years. He says he enjoys getting to spend time with other pilots and of course, the "spectacular" view. Offering insight to those who haven't had the experience, Hall says it's “truly a unique form of flight unlike any other", as the ride is without turbulence, shaking and wind. As the balloons’ ability to take flight is mostly weather-dependent, Hall encourages guests at Balloonfest to be patient; noting pilots are also disappointed when they’re unable to lift off.

Among the pilots at the preview was Ken Myer, who has participated in Balloonfest for what will soon be 15 years. He’ll be flying Cleary University’s balloon and plans to put on a good show as always. Myer says his favorite part of piloting is taking new people for rides to give them the experience of a lifetime, in addition to spectators' anticipation and excitement.

Many of the participating pilots are seasoned veterans and what they have in years of experience, 18-year-old Joey Strutz of Brighton makes up for with his life-long love affair with ballooning. Strutz began attending Balloonfest when he was just three years old. He was invited onto the field by a pilot when he was seven and was "hooked", later deciding to pursue his license after his first balloon ride at age 11. Strutz got his student certificate license when he was 14, and then began training to become officially licensed. He expects he’ll complete that process within the next couple of months. His goal is to travel the country to participate in different flying events and to compete in the U.S. National Hot Air Balloon Championship.

The group of pilots say they're looking forward to catching up with their pilot friends, putting on a good show for Balloonfest's guests, and the euphoria of it all. More information about Balloonfest can be found at the link below. (DK)