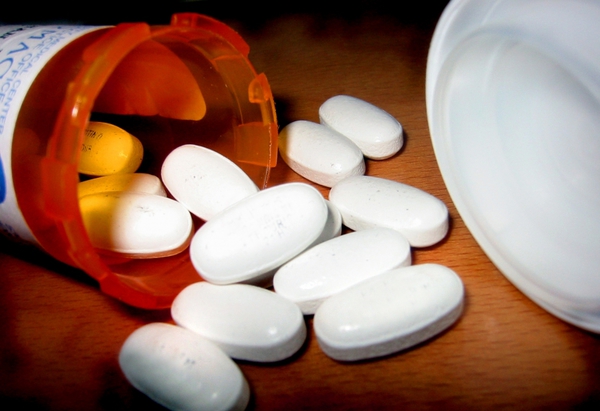 A new requirement for narcotic and opioid prescribers aims to help protect patients and curb substance use disorder.

Physicians and pharmacists are now required to register with the Michigan Automated Prescription System or MAPS prior to prescribing or dispensing schedule 2-5 controlled substances in any quantity. Those include certain narcotics, sedatives, opiates and others due to the addictive nature of the drugs and the potential for abuse such as OxyContin, Percocet, and fentanyl. The new system has been active since April of 2017 and replaced an old program, which is said to be much more functional and efficient to not only run patient reports but integrate with the existing electronic medical records and current systems of individual practitioners, health systems and pharmacies. There’s also an online portal for practitioners that don’t prescribe as often to access information.

Kim Gaedeke, deputy director of the Department of Licensing and Regulatory Affairs or LARA, says the objective is to have practitioners use the system before they see a patient or when they are seeing a patient as a preventive tool. The MAPS system will show whether a patient has gone to multiple physicians or prescribers in a short period of time, or multiple pharmacies, to obtain different drugs. She says practitioners can then assess a patients risk for different drugs, whether there is possible abuse or a substance use disorder, find solutions and look at other ways to more appropriately treat someone. Gaedeke says it’s a great tool for prevention in that looking at a patient’s information and data, practitioners can pinpoint possible concerns and then have conversations or look at alternatives instead of perhaps feeding into an addiction or problem. She says MAPS is not the solution to the opiate epidemic but one of the many tools in a very collaborative effort between the state, multiple agencies and local jurisdictions and community groups.

Gaedeke says the majority of prescribers and practitioners are doing the right thing and/or trying to do the right thing by making changes moving forward because they want to be a part of the solution. Gaedeke says they’re doing what they can to work with practitioners and find alternatives for pain management but everyone is different so it’s equally important citizens get educated, ask questions, understand the dangers of different drugs and how quickly someone can become addicted. Gaedeke says the key component is having providers and prescribers use MAPS for prevention because the more they can tackle on the front end the better – adding many are exploring alternative methods and different ways to deal with pain for patients, instead of over-prescribing dangerous combinations of certain drugs. Gaedeke says they’ve seen an increase in use of the MAPS and the number of practitioners registering each month since launching. She says more than 75% of those with controlled substance licenses are registered but that number will likely increase after registrations from the June 1st requirement are factored in. The total number registered by the June 1st deadline stood at 43,116 - compared to 13,150 when initially launched.

As a regulatory agency, Gaedeke says their mission is to protect the health and welfare of the public. She notes the agency is not just “going after everybody” but really trying to identify the worst of the worst when there is imminent threat to the public and dangerous combinations of drugs are being prescribed to a number of patients. Gaedeke says ultimately they are seeing a decline overall in these types of drugs being prescribed, which is a good downward trend, but there’s still a long way to go. She says it will take everyone working together to overcome the opiate epidemic - stressing Michigan is not unique to the problem as every state in the country is facing it. (JM)