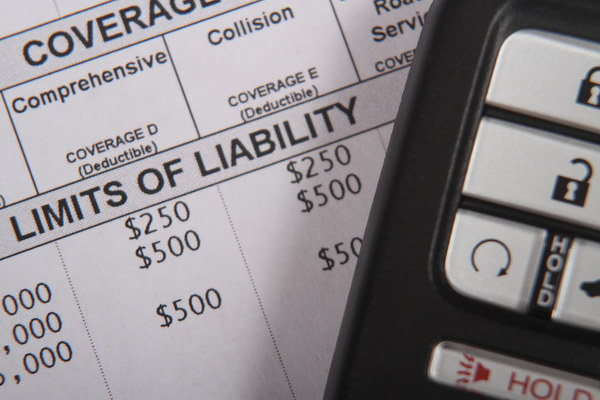 Republican State Representative Ann Bollin of Brighton Township hosted the event and was joined by Representative Jason Wentworth of Farewell, who served as chairman of the House Select Committee on Reducing Car Insurance Rates.

Michigan has had some of the highest auto insurance rates in the county for years but come July, people will have a choice. Under a deal negotiated last year between the GOP-led legislature and Democratic Governor Gretchen Whitmer, the annual fee for the Michigan Catastrophic Claims Association, which all drivers must pay, will drop by at least $120 per car. Starting July 2nd, drivers can select from a number of different options for personal injury protection, or PIP. People can also opt-out of the PIP premium completely if they have supplemental insurance and choose to have private insurance cover an auto accident but they need to confirm it actually covers auto. Depending on the policy, that could result in be a savings of 40% to 50%.

The majority of the tele-town hall was spent taking questions from callers from Brighton, Pinckney, South Lyon, Hamburg, Howell and Green Oak Township. Many callers had already talked to their insurance agents but still had questions. Wentworth said the reform legislation now provides a choice for people who don’t want to pay for those benefits for whatever reason or perhaps don’t drive as much or a senior citizen. He said people were mandated to purchase that benefit by state law and it’s expensive and feels it forces people to drive un-insured. Bollin noted there is some risk to changing policies. She said various factors need to be taken into consideration such as someone’s personal situation and budget, how much they drive and where they drive and the risk they’re willing to take.

People are still required by law to have insurance. Wentworth said he thinks the reform opens up the market to people who have never been able to afford insurance for the last 40 years – adding they’ve found it became a generational problem over the decades for many people. Wentworth said he believes many people are driving without insurance because they can’t afford it but the reforms offer affordable options to people and time to buy insurance where they won’t get penalized. There will be a window for un-insured drivers to purchase policies without being penalized for not having it. He stated Michigan has the most expensive auto insurance in the country and the new law gives people an affordable option to purchase so he thinks that will drive people into the market. Wentworth added he thinks people want to drive legally and this gives them an opportunity to afford an option that fits their budget with a significant level of coverage.

Caller Darren from Brighton questioned the ramifications of driving without insurance and if the reform legislation addressed that. He stated it’s good to have incentives for people to participate with the affordability aspect but the ramifications are too serious for people to not be participating and if they’re involved in something catastrophic, there needs to be consequences.
Wentworth said no changes made to penalties to related driving without insurance in the reform package although they could revisit that in the future. He said they chose to focus more on the fraud authority to encourage better coordination between law enforcement and the Secretary of State and really put an emphasis on ramping down fraud. Wentworth acknowledged they are giving people without insurance an incentive almost but they’re also giving them a grace period to get insured so they’re not being penalized for driving around without insurance and then trying to obtain it but the price is so high they can’t afford it again.

Caller Barbara from Brighton raised questions about the amount of insurance related lawsuits and if the reforms will help put an end to that. Wentworth stated when the mandate was first passed in the 1970’s it was designed to lower lawsuits but that wasn’t the case and now over 40% of the court docket across the state is made up of no-fault cases because people are so quick to sue. Wentworth said they’ve provided a lot of attorney reforms that are significant in the legislation to prevent that from happening in the future. Cost controls were also enacted so insurance companies are on a fee schedule and can only charge so much. Wentworth said that way fraud becomes less rampant because there’s not as much money to be made on the system – saying right now there’s an unlimited check book for trial attorneys to go after and they’re good at it. Wentworth says the reform law closes those loopholes and also increases the fraud unit and their capabilities of investigating and prosecuting fraud. He says more people will be partnering with law enforcement to make sure not just drivers but auto insurance companies and healthcare providers don’t scam the system.

Bollin and Wentworth encouraged people to get educated about their choices and contact their insurance agents. People can keep the same insurance provider and coverage but both lawmakers recommend people shop as the reforms have created a market disruption in the state. Wentworth said there are a lot of new entrants into the market looking competitively to pick up new customers – stressing other companies are out there and hungry for new Michigan customers who haven’t bought insurance or are looking for different coverage. Wentworth noted companies have already started filing rates and the average reduction in the PIP portion of premium is 16.5 % if people keep what have. The mandated rate reduction is 10% but he said they’re already seeing higher savings.

Any constituents with questions about the upcoming reforms are encouraged to contact Bollin’s office by calling (517) 373-1784 or by email at AnnBollin@house.mi.gov.