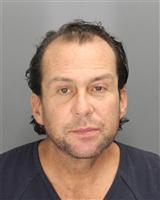 A teacher in a local school district has been arraigned on charges after being arrested for being drunk while at school.

44-year-old Michael Dennis Fletcher, a teacher at Lakeland High School, was taken into custody Wednesday by White Lake Township Police after a Breathalyzer showed his blood alcohol limit was more than four times the legal limit. The school’s resource officer administered the test around 8am after being alerted by administrators that Fletcher appeared to be intoxicated. The Breathalyzer indicated a blood alcohol content of .354%. The state’s legal limit for driving is .08%.

Fletcher was lodged in the Oakland County Jail and arraigned today in 52-1 District Court in Clarkston on charges of operating while intoxicated with high blood-alcohol content and driving with a suspended license. Fletcher, a West Bloomfield resident, reportedly admitted to drinking alcohol before driving to school that morning. Parents of students at Lakeland High School were informed by the school's principal about the arrest, assuring them that the teacher would not be on campus while the matter is pending. State records show that Fletcher is a veteran teacher who received a Michigan standard teaching certificate in 2000. (JM)